One of the most popular racing games, Asphalt 8: Airborne is completing eight years of adrenaline-pumping races. Asphalt 8: Airborne has over a billion downloads and has won heaps of awards in the mobile gaming industry. So, to celebrate eight years of this amazingness, Gameloft is launching an eight-day special event with the introduction of Racer Avatars and an entirely redesigned user interface.

Check out the trailer for the event below: 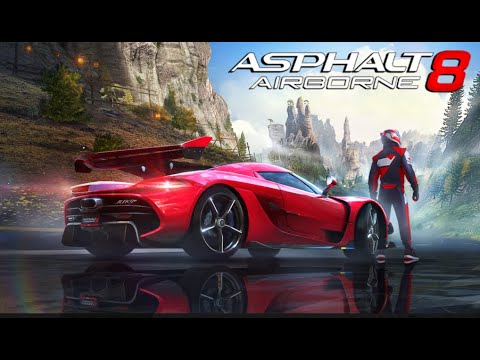 Kirill Sergienko, Game Manager of Asphalt 8: Airborne said, “In the mobile gaming space, it’s uncommon for games to reach the milestone of five years, much less eight. Asphalt 8: Airborne is an incredible title, and we’re excited to see it entertain players to such a great milestone. Players should certainly dive into the Racer Avatar feature – it’s really cool.”

The next eight days will feature numerous rewards and a lot of giveaways for players, new and old. Celebrate this major milestone with the Asphalt Special Edition Anniversary Bugatti Bolide. Get into this monster and own the roads with the new Racer Avatar feature. This new addition is a wardrobe upgrade that all Asphalt drivers needed. With a whole host of accessories and costumes to choose from, players can mix and match and create the perfect racer outfit. Show off that creative brain of yours!

As for the UI, longtime players of Asphalt 8 are in for a surprise. Gameloft is completely overhauling Airborne’s user interface to pair with the game’s full revamp as well. Why have a game that has been updated from the bottom up, with old UI? Explore the new improvements being made to the game and also be prepared for many more to come.

Celebrate eight years of Asphalt 8: Airborne with overhauls and improvements and download it for free on the iOS App Store and Google Play Store.

Check out our favourite racing games to play on mobiles right now!

Want more? Check out our 15 other Asphalt 8: Airborne news stories!

Asphalt 8: Airborne has an explosive new challenge to celebrate the upcoming launch of Modern Combat 5: Blackout