DeNa has officially introduced the first Sync Pair in Pokémon Masters EX with the ability to Dynamax. This is an ability that was introduced in Pokémon Sword and Shield and allows the Pokémon to receive a boost in energy while also increasing its size. Dynamax is quite the handy move when you’re in a tricky position during a battle.

The Sync Pair with this ability is Sygna Suit Leon & Eternatus. They are a Dragon-type Sync Pair who come with an expanded sync grid that allows the duo to reach a 6-Star EX Potential rating. This will further increase the strength of the pair and also provide an additional optional outfit to put on.

Dynamax can be used once per battle which will also allow the max move, Eternabeam, to be used that deals high damage and refills the player’s move gauge. Pick up this formidable duo from the Poké Fair Scout before September 15th at 10:59 p.m. PT. 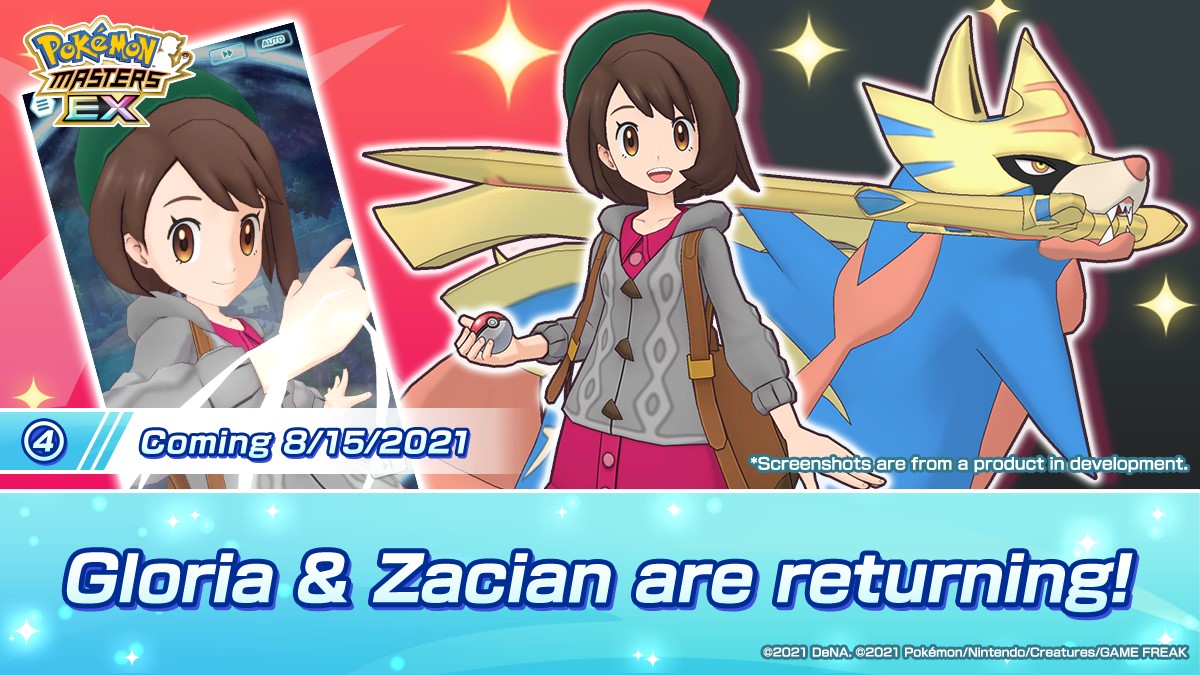 Players will also have a chance to get the Steel-type Sync Pair of Gloria & Zacian from August 15th to September 1st at 10:59 pm PT. With heavy moves like Behemoth Blade, this Sync Pair is perfect to use with a Move Gauge Boost.

Let’s talk about the legendary event now, which grants players with another Steel-type Sync Pair in Hop & Zamazenta. Howling Shield of Eternity, the new event will see players join forces with the trainers Gloria, Hop and Leon to face off against the legendary Eternatus. The Gigantic Pokemon has come to Pasio because of a meteor crash, and you have until September 1st to beat him to receive a 5-Star Guaranteed Scout Ticket among other rewards.

Pokémon Masters EX is celebrating its two year anniversary! To commemorate the occasion, DeNa is offering special log-in bonuses and a mission bingo. By logging on daily and completing event missions until August 26th, players can earn up to 3,800 Gems and other rewards.

Another bonus for players is the return of the Legendary Events New World Dilemma, Give and Take, and Father or Foe between August 18th and September 15th.

Check out the official anniversary website for more updates on it and download the game for free from the iOS App Store and Google Play Store.

Check out the challenging strategy games for mobile as well!