Nearly everybody has at some point wished they could receive money for nothing and AdVenture Capitalist is one of those effortless idle-clickers that (almost) lets you achieve exactly that. The aim of the game is to build a gargantuan business empire with the sole purpose of accruing as much wealth as possible. Starting out with a humble lemonade stand, you’ll still need to expend a bit of effort into squeezing lemons to get your empire started. But once you’ve earned enough cash to afford managers you really can just sit back and watch the money roll in - capitalism at its finest! 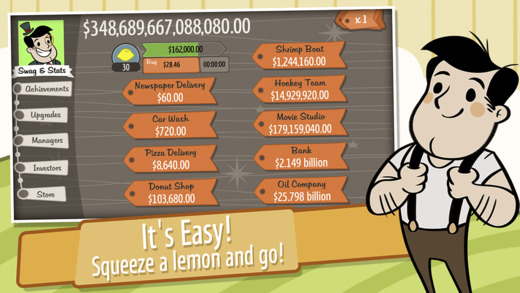 By appealing to that “get rich quick” aspiration in all of us and packaging it with satirical themes and easy-to-play mechanics, AdVenture Capitalist struck a cathartic chord with players the world over when it launched in 2015, making it an overnight hit. Since then it has gone on to become one of the most successful mobile titles ever released with over 50,000,000 downloads so far; not bad for a game which styles itself as “the game you play while playing other games!”.

We spoke with Rimmy Spanjer, Director of Games at Hyper Hippo, to learn about what the future holds for AdVenture Capitalist, how it came to be, and how it has changed the studio in the six years since its release.

First off, can you give us some background on Hyper Hippo?

Sure, Hyper Hippo was founded by Lance Priebe. Lance is the founder of Club Penguin, which was eventually acquired by Disney. After the acquisition, Lance left Disney and formed Hyper Hippo with the mission to explore any and all ideas for fun new games. Now, the company has become something of a haven to veterans of the game industry, a place where we’re encouraged to get the most out of ourselves and each other, while continually working to build more fun and exciting games.

Tell us about some of the early games Hyper Hippo created.

Of all the ideas the company developed, we first started with developing a game titled Mech Mice. It was a very funny concept of something as simple and harmless as a mouse blending with advanced technology and power. We were moving forward like we were building a AAA game and entertainment franchise. We were planning games, books, toys, the whole works. 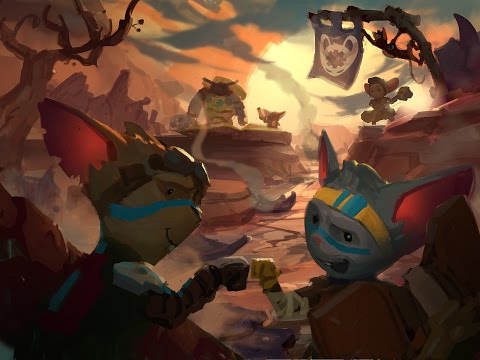 Subscribe to Pocket Gamer on
And how did that work out?

Mech Mice did not succeed. It was an incredibly important lesson on building games for your players. When players first encountered the product (much too far into its development), we saw right away that we needed to not just rethink the product, but how we approach making games. With that in mind, Lance told the team to take six months and build anything we wanted. In that time we learned something very valuable. While Making Mech Mice we were so focused on thinking big, we forgot to think small as well. Then Cody Vigue and Tristan Rattink came back with an idea. A simple game of clicking progress bars to build your empire. Even though the prototype didn’t look great, all that clicking was very cathartic. The guys pitched the game and everybody hated the idea. But as the prototype of the game was distributed around the office, our productivity dropped. All you heard around the office was the clicking of people playing the game. They felt the same cathartic relief of the game during their break time. Once people actually played the game, they were hooked. At that time we had something. So we built the game into what is now AdVenture Capitalist.

After a misfire like Mech Mice, launching AdVenture Capitalist must have been very stressful. How did the launch go?

We first launched the game on Kongregate, and immediately the response was great. We were stunned that we were picking up almost 25,000 new users each day. The game was that addictive. Then we made the decision to make the jump to mobile. We took three months to prep the game for a mobile launch, and when the game launched we were blown away that the platforms featured us in the app stores right away. That drove 3,000,000 downloads right away. We were stunned. And ever since then the game has been like a rocket ship never slowing down. To date we have over 50,000,000 downloads. Our expectations have been completely blown out of the water. 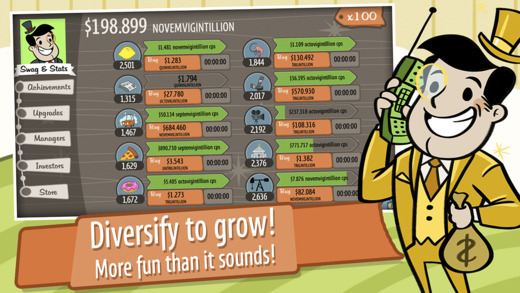 So you have a hit game on your hands. What happens next?

Great question. It immediately became clear that we were still building an airplane while it was already in the air. It was a clear reminder that launching the game was really just the starting line, and Live-operations is where the effort really belongs. We had to quickly discover how to keep the game fresh all the time. We went into overdrive building new content, like Limited Time Events, new planets, etc. Even now we’re still trying to master great live operations, working continually to refine our ability to understand what the players want, and provide that to them.

So what is the future of AdVenture Capitalist and Idle games?

It’s crazy that we are at six years on mobile and we continue to celebrate it. Hyper Hippo started with one big vision project in Mech Mice. But we learned that we weren’t listening to the audience enough. With AdVenture Capitalist, it was the catalyst for our adoption of a Player-First philosophy. When AdCap was pitched in a conference room in a traditional setting, it was rejected. When players got their hands on it and played, it exploded. Now player-first is our guiding philosophy in every aspect of feature, event and new game development. Because our players are still invested in AdVenture Capitalist, we are too, and we look forward to building it, and growing our Idle audience with new games.