Good and evil collide and you must stand your ground and uphold justice.

After some wait, miHiYo’s first romance detective game titled Tears of Themis is finally out! Tears of Themis has launched globally, is free to play and can be downloaded from the iOS App Store and Google Play Store.

Now for those of you who are unsure of the game's premise, here is what you can find in the Genshin Impact creators’ first romance detective title. But first, check out the official release video for the game below. 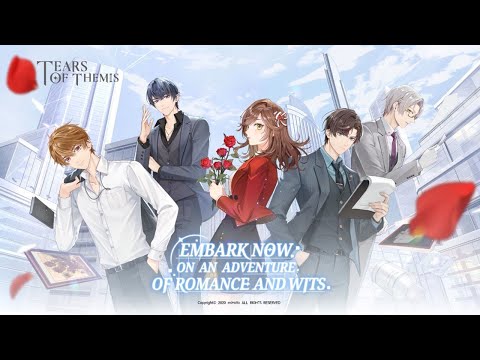 You will play the role of a rookie attorney for Themis Law Firm, which is based in Stellis City. You will be solving series of crimes while cultivating a relationship with four male protagonists who apparently have unique and interesting personalities. You'll bond with them to find what lies in their heart, unlocking new stories and exclusive dialogues and video calls as you progress.

The game won’t just be a cycle of investigating the crime, questioning the suspects, finding the perpetrator, fighting your case in court and winning. There’s more to it than that. While solving crimes and fighting your justice to be served, you will also be unearthing a conspiracy that is occurring beneath all this.

A dark and sinister force is out there trying to disturb the city you live in. You must keep to your own true nature and stick to your values and beliefs to keep Stellis City safe.

As for the gameplay itself, while solving crimes, you will have multiple objects to discover. You must examine the entire crime scene, scanning for clues and getting key phrases from the suspects. Then, you will go to court and battle it out with the prosecutor so that justice can ultimately prevail.

To make your gameplay experience even better, miHiYo is giving out a host of rewards to players! All players will receive 10 free draws for reaching the 500,000 pre-registrations milestone, 10 more for logging in for 14 days before August 27th, 10 for completing Rookie Support Tasks and 10 for completing the main story, totalling up to 40!

So, what are you waiting for attorney? Go solve crimes and find love!

Tears of Themis is free to download now on the iOS App Store and Google Play Store.

Want more? Check out our growing collection of Tears of Themis news stories!