Another way to play Darkest Dungeon on your mobile phone

Xbox has added Darkest Dungeon to its Game Pass subscription service, giving users the chance to play the game across PC, console and cloud devices.

Darkest Dungeon is technically already playable on mobile, as it received an iOS port back in 2017. The Cloud version does have some benefits though, such as being able to stream it directly from a cloud server and therefore not having to worry about storage space on your phone.

There’s also the fact that this means it’ll run better on lower-end devices, provided you have a good enough internet connection to be able to stream it. xCloud requires a network speed of at least 10 Mbps.

This also means Darkest Dungeon is finally playable on Android phones after a port to those devices was never made possible before. Android users can access the game by heading to the Xbox Game Pass app on their mobile phone, signing into their Microsoft account and being able to play it immediately provided they have an active Xbox Game Pass Ultimate subscription.

iOS users meanwhile must do it through the Safari browser and access Game Pass through there, due to a technical issue preventing Microsoft from releasing Game Pass games on the dedicated app. 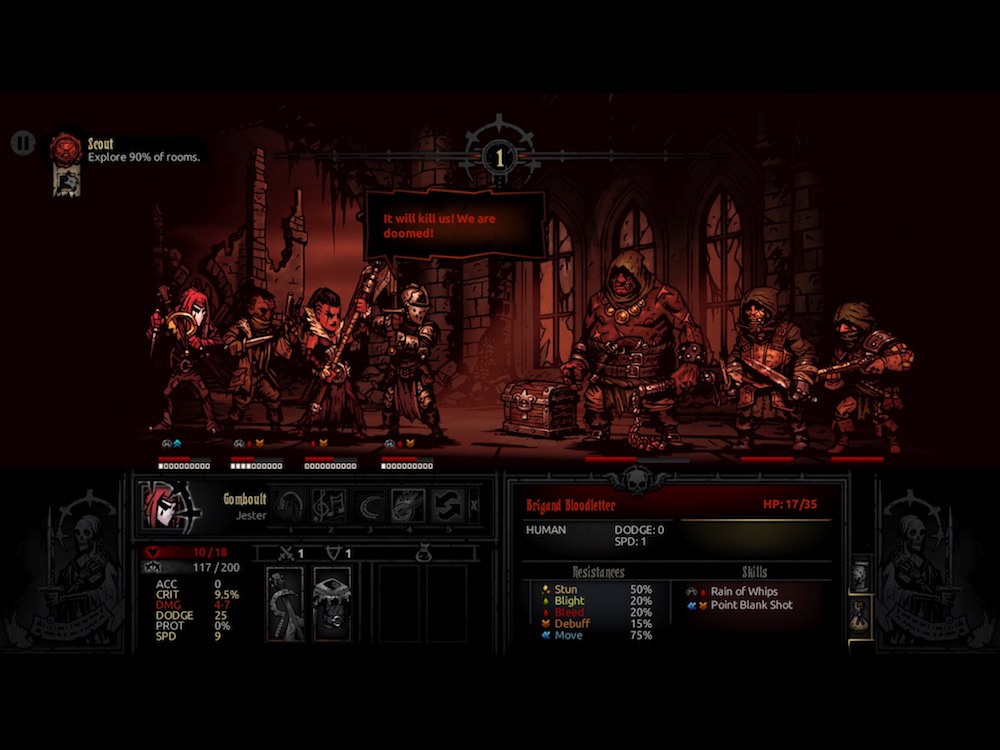 Xbox will be holding an E3 press conference together with Bethesda this Sunday, 13th June at 6PM UK time, where it is expected more announcements regarding Game Pass will occur. We will be sure to keep you updated about that.

You can get an Xbox Game Pass Ultimate subscription for £10.99 a month, and it allows you to play any game on the service across PC, console and any device capable of cloud streaming. Check it out from the official website here.

Check out our definitive list of every title on Xbox Game Pass Cloud that has touch controls enabled.

Want more? Check out our 13 other Darkest Dungeon news stories!