Bero Games has released Save the Sun, a new puzzle-platformer game for Android where you try to restore the sun after aliens steal pieces of it and scatter them throughout the cosmos. The game is available now on Google Play.

In Save the Sun you have to jump and fly around to collect the sun-pieces. Each level has a bunch of platforming challenges and complicated puzzles to solve, as well as a bunch of interesting mechanics such as the ability to fly by flipping a switch.

This might seem easy without context, but the game also features hard-to-reach switches, airlocks that open and close when you change between different gravities, and therefore it becomes a series of interesting puzzles you must beat.

Check out the trailer for Save the Sun that we've embedded below. 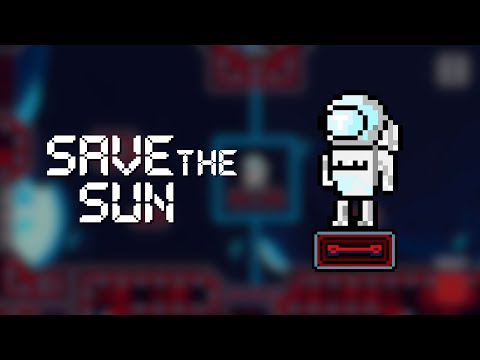 There are also a bunch of different coloured lasers to add a depth of difficulty to it, changing up the gameplay by increasing the challenge. You can pass through red lasers, green lasers let other objects through but not yourself, whereas blue lasers act as a wall that nothing can pass through.

For the score nerds out there, the game also includes a leaderboard system where you can race for the fastest level completion times. This should be an ideal feature for those who enjoy speedrunning and competing against others.

Meanwhile, Save the Sun also has fun collectible skins for you to find as you play through, where you buy them using special in-game currency collected from each level.

Save the Sun is available now from the Google Play for Android store, where it is a free to play game that contains adverts and in-app purchases.

Check out our list of the best platformers available on Android if you're after some more to play on your smartphone.