Upjers has now released its pet simulation game, Dinosaur Park: Primeval Zoo, worldwide as a new title for Android devices. It was previously only available as a soft launch in the United Kingdom.

Dinosaur Park: Primeval Zoo is a game where you rehome dinosaurs in a new sanctuary and open up a new park for visitors to come see them. You add enclosures, give the prehistoric critters some care, and set up equipment for them to play with.

It’s not quite as John Hammond-y as you might expect, as the park doesn’t have any violent elements to it so there’s no need to worry about a Jurassic Park situation going on. The attractions will bring guests to your park, and you can use the profits to fund digs and expeditions which will bring new dinos into the park.

You can watch a trailer for the game above if you want to see more. The game was funded by the German Federal Ministry of Transport and Digital Infrastructure as part of the games funding program run by the German government.

Dinosaur Park: Primeval Zoo already includes 45 different dinosaur types, but Upjers will be constantly adding more content to the game over time. There will also be new events on a regular basis, during which you’ll be able to earn great rewards. 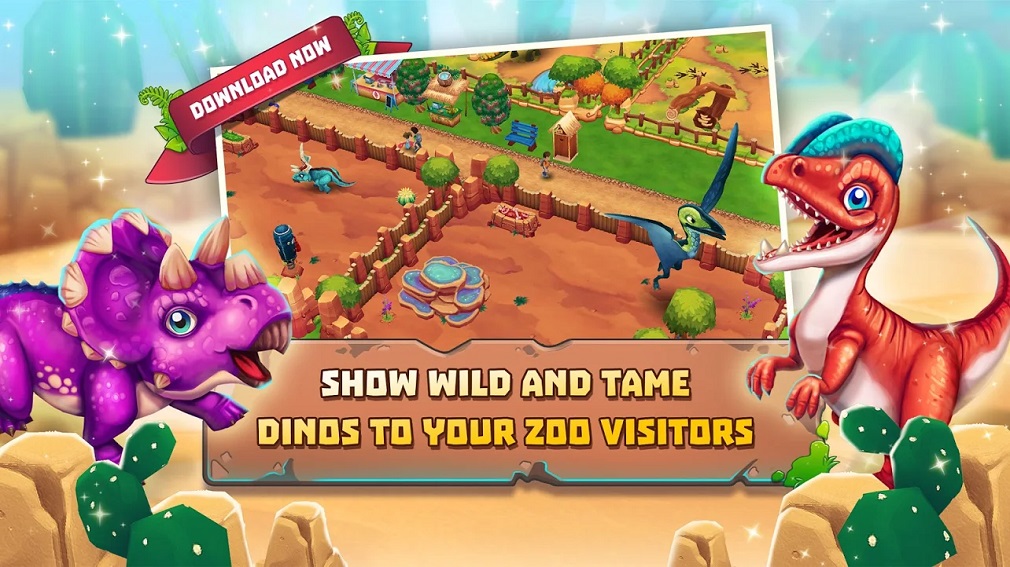 In addition to the Android version, an iOS release is also planned for the game. Information on that is expected soon.

Dinosaur Park: Primeval Zoo is available now from the Google Play for Android store, where it is a free to play title containing adverts and in-app purchases.

Do you like playing simulation games and want to discover more great ones available on Android, be sure to read our list which details some of the best you can get from Google Play.

Funko Pop! Blitz partners up with Hello Kitty Kaiju for a weeklong event

Last Cloudia Treasure Map Guide: How to hunt for goodies on the World Map