Mighty DOOM is an upcoming action game from the house of famous developers, Bethesda Softworks. Pave your way by gunning down the enemies that come in front of you and earn massive loots from them. Currently, the game is in early access and is only available for android devices.

Mighty DOOM is a spin-off of the extremely popular first-person shooter franchises. The game brings a lot of elements from its PC and console brethren and also pairs it with some new content to make it feel at home on phone. Content from the PC version such as weapons and locations will be familiar to long-time fans.

The gameplay is all about clearing the waves of enemies, which increases exponentially as the game progresses. It features easy mechanics, where players can control the character with a single hand,  using the tap feature to shoot, swap and slide your character. 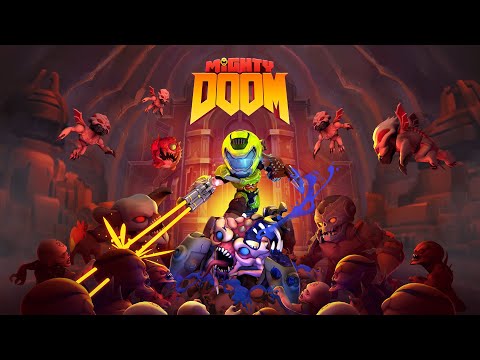 As the difficulty increases gradually, make sure you upgrade your character with the best weapons and armour to be more effective while facing the hordes of enemies.

Also, experience the damage of legendary weapons such as the Plasma Rifle and Rocket Launcher. Remember to explore different combos using the special abilities of the mini-slayer.

Lastly, engage in iconic battles with the vicious DOOM bosses, Baron of Hell, Hell Priest and Cyberdemon among others. So, get ready to experience the miniature version of the classic game from Bethesda's popular franchise. As of now, the developers have not declared the official release of the game into the market but we'll be sure to update you as and when we learn more.

Mighty DOOM is now available on Google Play. It is a free-to-play game with in-app purchases.

Looking for more excellent action games to play on your phone? Check out our list of 25 of the best available for Android phones and tablets