All the info we have on Farlight 84 so far

Back in November last year, we covered the announcement of an upcoming battle royale title called Farlight 84, which is set to release for both iOS and Android at some stage. It's a promising-looking game that aims to incorporate elements from various genres into one whacky multiplayer endeavour.

If you've found yourself here, you're likely seeking out as much information as possible about Farlight 84. You might be curious about what the game is actually about or, perhaps you're simply looking to find out what the Farlight 84 release date is, or at least when we might expect it to launch. Regardless of the details you're searching for, we've got you covered. Here's everything we know about Farlight 84 so far.

At its core, Farlight 84 is a 40 player battle royale title, though it's looking to mix up the formula in several ways. But it still follows that familiar setup of tossing a bunch of players onto a map before they battle it out to be the last person standing. In Farlight 84's case, they'll be fired from a cannon onto the game's map.

Once they've landed, they'll need to scurry about the map looking for various weapons. There are four manufacturers of guns in Farlight 84 named Prism Technology, 9A Corporation, Murphy Security, and Wasteland Spirit. In addition to firing bullets, these weapons also possess a unique skill that the developers say will add new tactics to the gunfights.

A few examples of these skills can be seen in the embedded video below. There's a gun called White Dwarf which will place an attacking turret onto the ground when its skill is activated whilst the sniper rifle Stellar Wind can create a particle shield that will protect players from damage. 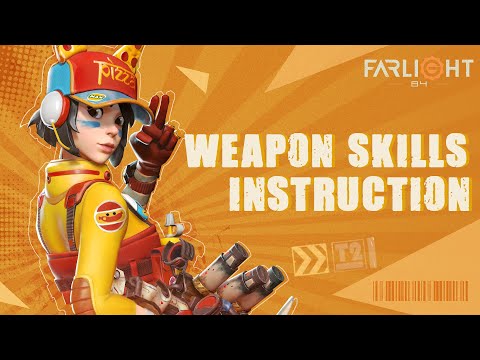 Will there be vehicles?

On top of weapons, players can also drive a plethora of different vehicles when Farlight 94 releases. Alongside being able to speed around the map, these vehicles will also offer their own firepower to help gun down your foes as you cut about the world. Some examples of these vehicles can be seen in the video below.

If driving isn't your forte, you can also fly around using a jetpack to traverse the map. Once you've mastered the flight controls, you'll be able to manoeuvre in the air to dodge incoming bullets from your foes. And that's not all either. On top of that, there is a roster of playable characters to choose from. Each of them will possess their own playstyles and abilities.

With all this choice, there have to be some restrictions, right? You'd be correct. Everything in Farlight 84 is tied together through the Charge Up, Energy System. There are various Charging Poles scattered across the map that will provide certain pieces of equipment with the energy required to use them. This will limit the usage of all these different armaments, meaning players will have to think tactically about which they decide to utilise. 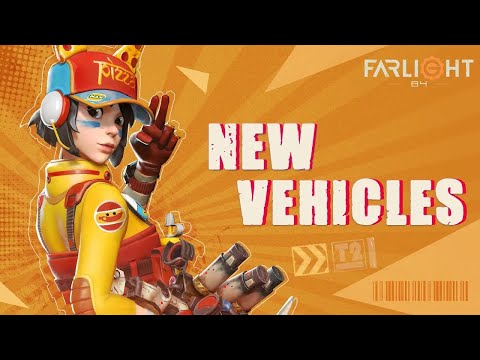 What is the Farlight 84 release date?

At the time of writing, we currently don't know the Farlight 84 release date. Unlike most games, the developers haven't even provided a rough window for when it may launch globally. It appears they are adopting the 'it'll be released when it's ready' approach, which is no bad thing. However, we do have some idea of where the game's development is at.

From 14th to the 19th of January this year, the developers held a beta testing phase for Android in Brazil, India and Indonesia. During this time, players were able to download Farlight 84 through Google Play and according to the store page, it has been downloaded over 100,000 times.

Whilst this doesn't directly tell us what the Farlight 84 release date will be, it's an indication that development is progressing well. On top of that, the developers will also be hosting another beta test in May. They've stated that a European country will be included, though they haven't specified which just yet.

While we wait on the official Farlight 84 release date, you might find yourself searching for an APK of the game. After all, it has previously been available in Brazil, India and Indonesia, so it'd be reasonable to assume that one exists on the internet.

The answer to this question is both yes and no. Whilst you're able to download a Farlight 84 APK from the likes of APKPure, you won't be able to play the game since the servers are currently closed following January's beta test. You can, of course, download the game ahead of the beta in May. However, I'd suggest waiting to see which countries are involved first by following the game's Twitter account.

Will Farlight 84 be free-to-play and feature regular updates?

Given that the game is a mobile multiplayer title, it probably won't surprise you to learn that Farlight 84 will be free-to-play when it launches. That means the developers will be looking to make their money through various in-app purchases. 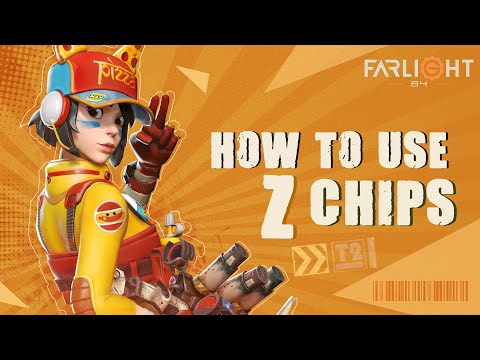 Whilst we don't know what form this will take just yet, it's reasonable to assume it will follow the format created by previous battle royale games. This means we can expect some form of battle pass alongside purchasable in-game currency that can be exchanged for various cosmetics such as weapon and character skins.

Once the game has released, we can expect numerous updates and additional content post-launch. For instance, since the beta, 3 new characters have been added to the hero roster, so we can likely expect more to be added in future. For now, we'll just have to wait until we learn the Farlight 84 release date and play other battle royale titles to fill the time.

Wonderbox: The Adventure Maker is a create-your-own-adventure game out now on Apple Arcade