Outriders, the new action shooter by Square Enix, is out today on Google Stadia

Square Enix has published its new action shooter Outriders today on PC, Xbox and PlayStation, but it’s also available to mobile users who can stream the game to their phone using Google Stadia’s cloud streaming capabilities.

Outriders is a third-person shooter with elements of RPG and live service features. Set in the near-future after the Earth has been devastated by climate change, humanity has set out to colonise a planet called Enoch to make a new home for themselves. As an Outrider, you are tasked with exploring this unfamiliar land, completing missions and surviving against hostile threats as they occur.

With Outriders launching over the next 24 hours, we've kicked off another Dev post on Reddit, which will give you all the information you need. We will additionally be using this thread to track any known issues, provide workarounds and fix news. >> https://t.co/b6uyif2bIv << pic.twitter.com/noSJHQP5AO — Outriders (@Outriders) March 31, 2021

It’s being published by Square Enix, the AAA studios behind many popular franchises such as Final Fantasy, Tomb Raider and Just Cause, and developed by People Can Fly, a Polish studio that has previously worked with Epic Games on titles like Gears of War Judgement and Bulletstorm.

The Stadia version of Outriders also uses the exclusive Stream Connect feature, which allows you to view your friends’ gameplay in real time using a picture-in-picture overlay.

“We’re excited to team with Google to bring Outriders to Stadia with Stadia exclusive features and the highest levels of performance, allowing players to get the best experience on all supported devices” said Jon Brooke from Square Enix. 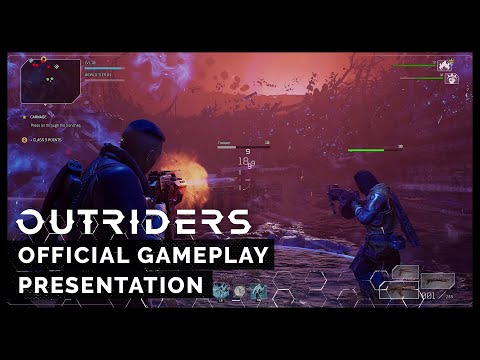 Check out the trailer above to see more of Outriders’ gameplay. It’s out today on Google Stadia, as well as on PC, PlayStation 5, PlayStation 4, Xbox Series X|S and Xbox One. You can also read more about the game from the official website.

Read about some of our top action games available on Google Play.