DRAGON QUEST The Adventure of Dai: A Hero's Bonds is an upcoming team based strategy game heading towards iOS and Android

DRAGON QUEST The Adventure of Dai: A Hero's Bonds by Square Enix and DeNA Co. ltd is coming soon to mobile platforms. The game is based on the anime called Dragon Quest the Adventure of Dai and will be available for both iOS and Android.

Dragon Quest will let players enjoy and experience the anime in form of the game. Players who want to team-up and build new strategies to march towards victory can find this game really interesting.

Form a group of three players and together, defeat the Dark Army by fighting him in a three-lane battlefield. Along with a strategic mind, players need to be more creative and use their mind to analyze the moves of the enemies. The game features six playable characters and make Luminary Leader by using your own customization and designs.

Judge the opponent and tackle them by using different tactics. Counter their moves and abilities, modify your special skillset which counters the attack and safeguards you from enemy blows.

Customize and upgrade the attacks, weapons, and equipment in whatever way the player desires. When getting into a team fight with players in your lobby, players can take multiple role characters to fit in the battlefield and create a huge impact on the opponent. 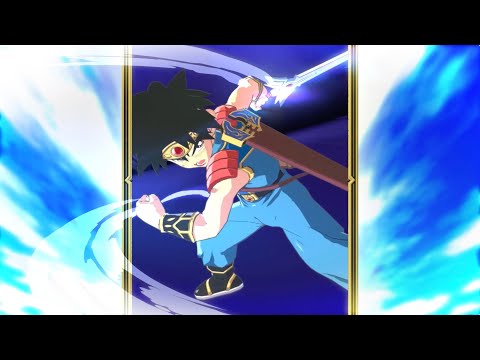 The game is currently in closed beta testing available in Australia, Canada, England, France, Japan, New Zealand and Singapore and exclusively for Android devices. In addition, those who want to claim extra rewards will have to retweet their campaign tweet in their official Twitter account. Players can win a pin set featuring characters from the game.

If you want to enjoy a perfect strategic RPG game with an anime blend to it, then this game is right for you. The devs are planning to roll out the game in 2021 itself. As of now the game is only available on Android devices and will be available for iOS in the near future.

DRAGON QUEST The Adventure of Dai: A Hero's Bonds is now available for pre-registration in Google Play Store and will head to the App Store at a later date.

On the hunt for more excellent RPGs that you can play on your phone? Here are 25 of the best available for iOS

DRAGON QUEST The Adventure of Dai: A Hero's Bonds gets a global release date