A To Play has a released a new quirky sports game called Dinkigolf, and it is out now for iOS and Android devices.

It’s a casual game about golfing, where your goal is to play the titular sport in a range of strange locales. For example, you can play inside an erupting volcano, up a steep mountain and across high city rooftops.

So obviously the locations are quite varied, however despite the unconventional take on the mini-golf format, it still retains the idea of hitting a ball into a hole.

And of course it wouldn’t be mini-golf without a bunch of hazards and obstacles blocking your way to the hole. While playing each level in Dinkigolf, you must deal with new complications such as lava, stone rocks and floating islands that make finishing the course much, much more difficult. 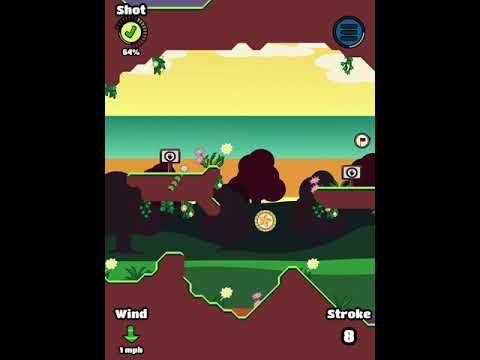 If you’re after a bit of variety, you can play two game modes in Dinkigolf. Campaign features more than 50 levels which progress in a linear fashion, which allow you to unlock new ball styles as you progress.

These unlocks let you pull off different skill trick shots and let you finish stages with fewer moves, so it’s always worth going back to older levels to try and beat them in a new way.

The other game mode available in Dinkigolf is called Endless. As that implies, the game doesn’t end and means you will constantly be seeing about upping your high score.

If you want to check it out for yourself, you can download Dinkigolf from the iOS App Store and the Google Play for Android store, where it is a paid title costing £1.99.

Do you enjoy playing sports games on your smartphone? If you do then you might want to take a look at our list detailing some of the best ones on iOS.

Dinkigolf: Tips to help you tee off in this quirky golf experience