Action-packed all-out brawler Smash Legends from LINE Games is now available for download on both iOS and Android across the UK, Sweden, Norway, Denmark, and Finland. You can now engage in fast-paced adrenaline-pumping free-for-alls with family and friends using fairy tale characters like you’ve never seen them before. 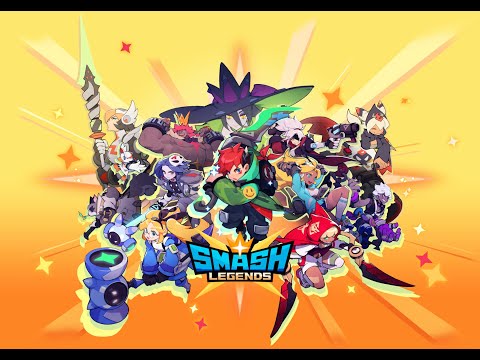 In this mobile-PC multiplayer PvP, players can battle it out in a fairy-tale-inspired setting with quick 3-minute matches. You can compete with one another to see who can knock opponents out of the arena the fastest, get wild and rowdy in an 8-player battle royale, or pick your poison from a total of six thrilling game modes to see which game style suits your fancy.

As of the current soft launch, there are eight playable characters or “Legends” from “Library World”, with more updates (as well as Steam Early Access and other service regions) to follow.

Smash Legends officially launches globally in the first half of this year, and with multiple language support to boot. You can check out how Peter, Alice, Hook, Red, and a host of other iconic fairy tale faves have been revamped for the arena over at the game’s official website, watch them in action over at YouTube, or join the community Discord for the latest updates.