Lyxo is a puzzle game that explores the emotional interaction between light and darkness. The goal is to divert rays of light around obstacles to illuminate darkened rooms. The way the game’s physics engine works is that each light source emits thousands of individual rays that refract and reflect as you might expect. 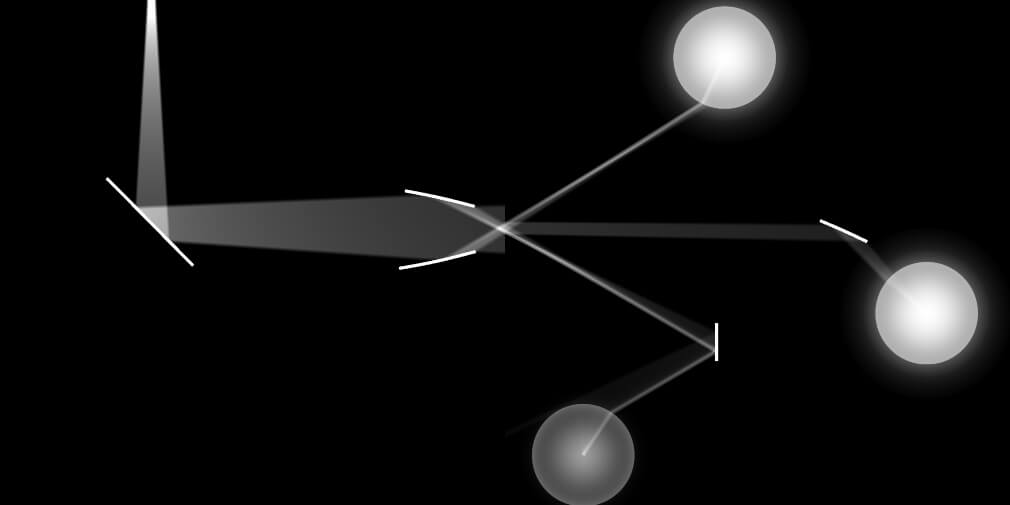 Lyxo uses a minimalist Bauhaus-inspired design, one that Sturn has been very keen on adapting into the game. You can check it out in the trailer we’ve linked here.

The concept of the game came to Sturn when lying in bed one day. They saw a beam of light creeping through the room, cutting into the darkness. From that point, Sturn immediately envisioned a game about using mirrors to guide light through darkened rooms.

Sturn had previously created the game Machinaero, which was released back in 2019. Lyxo is a bit of a departure from that game, at least in terms of visual appeal. But both also promote realism with regards to their physics engines or graphical style, something which Sturn likes to employ in all of their games.

If you’d like to check it out for yourself, you can download Lyxo now from the iOS App Store and the Google Play for Android store, where it is a premium game that costs £3.09.

If you enjoy playing puzzle games and want to discover more on iOS, be sure to read our list detailing some of the best for iPhone and iPad.