Game Scorpion has launched an update for Knights of Riddle which adds a new chapter to the episodic game on iOS and Android.

Knights of Riddle’s second chapter adds new challenges and more places to explore, as well as expanding the lore with new story to unravel and characters to meet. Game Scorpion has stated it intends for all future episodes to be available as free updates.

The game has you playing as a prince knight who is guided by a magical book containing infinite knowledge and wisdom. You explore the world looking to discover the art of this book, meeting other knights and searching through multiple dungeons for treasure. 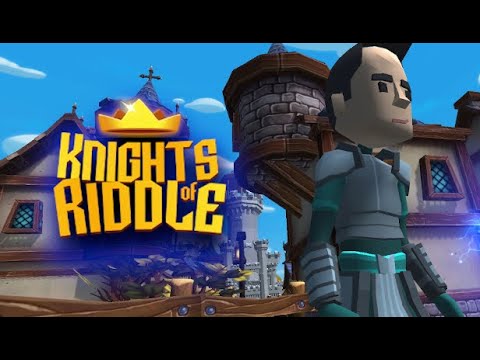 It features an intuitive but simple melee system where you fight other characters and dodge to avoid any major damage. Then there are quests to complete, puzzles to solve and non-player characters to interact with in the local town which allows you to progress through each chapter.

Knights of Riddle originally launched a few weeks back with the first episode, and it’s designed as a free to play title without the invasive elements of in-app purchases or adverts.

“These ‘gimmicks’ are hurting our industry,” said Nav Gupta from Game Scorpion on the release of the game. “I hope to give players real value for their money and with this new strategy focus on in-app purchases that are useful and make sense. No more ads and no shady loot crate tactics to get players into an addiction loop. If that’s what you need to sell your games, you aren’t making games anymore, you’re making a drug and hoping your players get high off of it so they return for more.”

Download Knights of Riddle now from the iOS App Store and the Google Play for Android store, where it is a free to play title with no adverts or in-app purchases.

Read about some of our favourite adventure games on Android.