Birdie Crush, the anime-styled golf game, will release for iOS and Android next week

It's expected on February 3rd

When we first covered Birdie Crush around three weeks ago, the App Store listing said the game was expected to arrive today. However, it's going to release for iOS and Android a little later than that. But the wait won't be too long as it's now set to launch on February 3rd.

In case you missed our initial announcement, Birdie Crush is a golf game that looks to blend the sport with cutesy anime-styled graphics. The golf gameplay itself leans more on the arcade side of the spectrum rather than aiming for realism, which you might have expected given the fantasy setting.

There will be four main characters for players to get to know. They are Erin G. Bird, Kris Lowell, Lucie de Bei and Martina Glow. Each will have a set of customisable skills and costumes to select from before hitting the fairway. Likewise, there will be a plethora of caddies to choose to accompany them, each of which has special skills that will be invaluable to your success on the course.

There will be a myriad of different game modes, both single and multiplayer, for players to tackle when Birdie Crush launches early next month. This includes Match Mode, which sees two players teeing off against one another based on their rank. Winning will net them match coins that can be exchanged for a loot box. 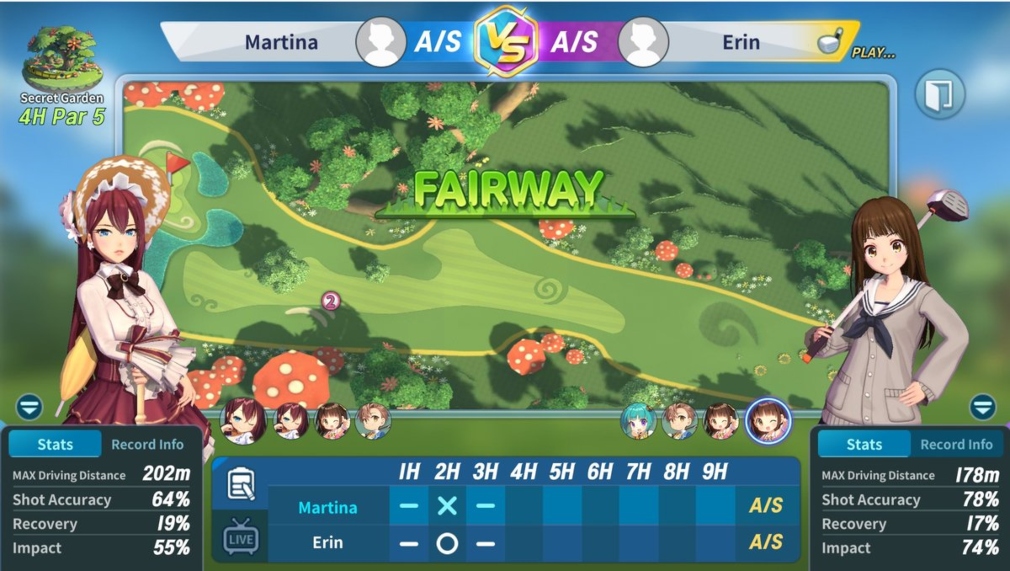 There is also Single Mode, which features a series of tournaments, event matches and more for those who'd prefer to play the game solo. Beyond that, there's Team Ranking, Friendly Match, Golf Lesson and Event Mode. Plenty of options for the budding golf fan then.

Birdie Crush is available to pre-order now over on the App Store and Google Play ahead of its release on February 3rd. It will be a free-to-play game with in-app purchases.

Looking for more sports games to play on your phone? Here are 25 of the best available for iPhone and iPad

Birdie Crush: Some tips to help you tee off your anime golf journey