It promises a tough challenge for those who play it

312 Shootout is, unsurprisingly, a first-person shooter that comes from independent developer Tobias Hendricks that's available now for iOS and Android. Hendricks' aim with the game was to create a shooter that including everything that was fun about the genre without the bloat that is often found in modern titles.

That means you can apparently expect fast and frantic gameplay that gets more intense the further you progress. Beyond that, Hendricks has opted to eschew many of the free-to-play trappings commonly found in shooters today. So, there are no pay to win mechanics or randomised loot boxes to worry about. 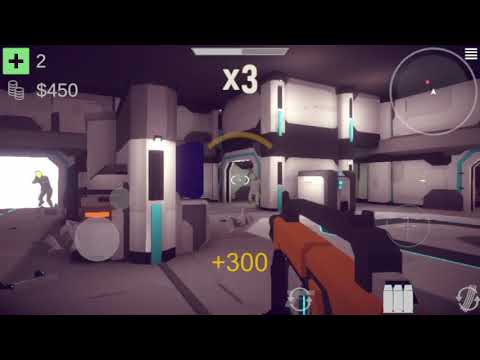 It takes place through a variety of locations, from a space station to the surface of some distant planet. That side of it probably isn't entirely important, however, with more of the focus being put on the gunfights you'll have throughout 321 Shootout.

There will be a veritable arsenal of weapons to blast your foes with, from shotguns to pistols to assault rifles. However, according to Hendricks, the enemies you'll be up against are quite intelligent and you won't be able to mindlessly mow them down.

Instead, it promises to be a tough challenge for those who decided to give it a shot, with frequent deaths likely as you get to grips with the game. You can check out the trailer above for a glimpse of some gameplay. 321 Shootout has a very minimalistic and simple aesthetic but it looks pretty fun nonetheless.

321 Shootout is available now over on the App Store and Google Play. It's a free-to-play game with a single in-app purchase that removes all ads for $0.99.