Match-3 across the land of Etheria

Fans of the Puzzle Quest series have reason to celebrate today as publisher 505 Games has announced that a new instalment will be arriving this year. Puzzle Quest 3 will be heading for a bunch of platforms including PC, iOS and Android at some stage in 2021 as a free-to-play title.

Since the original Puzzle Quest launched, it has proven to be an incredibly popular franchise, generating over $200 million in revenue and around 32 million players globally across the series. Puzzle Quest 3 will reportedly return to its roots, blending RPG mechanics, heroic storylines and match-3 puzzling into one game. 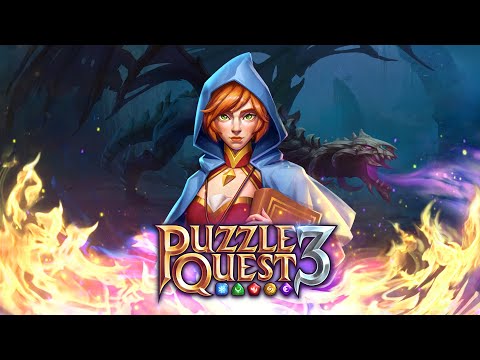 It will be set 500 years after the original Puzzle Quest and will see players embarking on a journey across Etheria in search of meaning behind the Red Dragon's dying words. In terms of gameplay, it promises an intense 1-versus-1 battle system that takes place in a 3D game world.

Discussing the game, Steve Fawkner, CEO and Creative Lead at Infinity Plus Two said: “After an overwhelming demand from fans over the past decade for the next instalment of Puzzle Quest, we're thrilled to finally reveal the development of Puzzle Quest 3.”

They added: "The vision for this latest project has been years in the making, and like any good Puzzle Quest game, it's a delicate balance of gameplay, story, and strategic puzzle-solving while introducing something unexpected that will appeal to both old and new fans. We can’t wait to share PQ3.”

Puzzle Quest 3 is set to arrive on the App Store and Google Play later this year. There's no specific date set in stone just yet but we'll be sure to keep you updated. It will be a free-to-play game with in-app purchases. You can also stay up-to-date by heading on over to the game's official website.

Enjoy match-3 games? Here are 10 of the best available for iPhone and iPad

Puzzle Quest 3 is now available for Android in Early Access