The update is dubbed The Chalk Prince and the Dragon, and introduces a new area called Dragonspine. It’s a frozen mountain range located south of Mondstadt, where you will engage in an all-new exploration experience as you solve new puzzles and discover new quests awaiting you. There are also a bunch of unique creatures to be found here, alongside a lost ancient civilisation and rare artifacts. 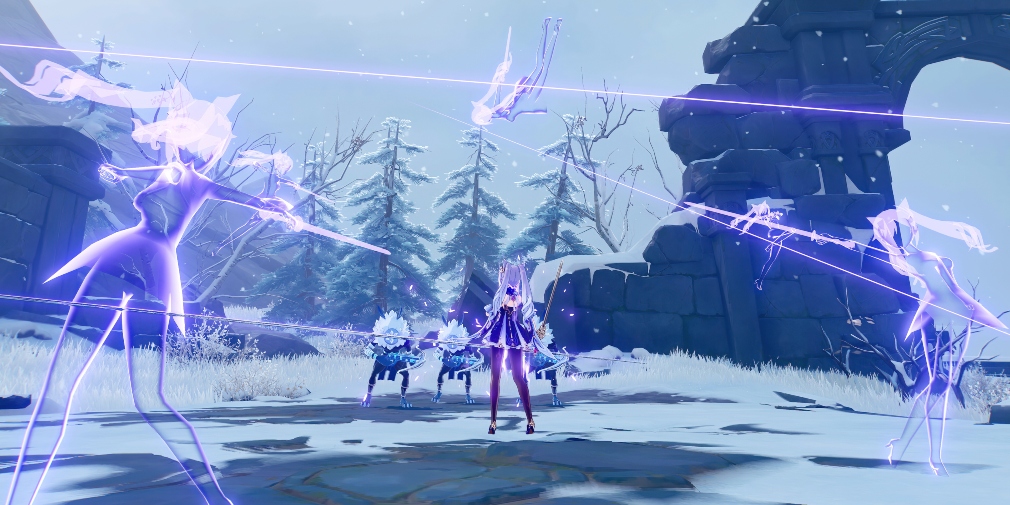 Dragonspine is a winter tundra biome, and so you have a Sheer Cold bar to manage whenever you enter the zone, so be sure to keep an eye on it and stay warm so it won’t decrease too drastically.

In case you are after the meta heroes make sure to take a peek at our Genshin Impact Tier List!

There’s also a seasonal event taking place in Dragonspine called The Chalk Prince and the Dragon, where you join up with Chief Alchemist Albedo as you investigate a sword of power called Festering Desire. You can earn this weapon for yourself by participating in the event, alongside other items such as the Crown of Insight from the event shop.

Genshin Impact is also adding two five star characters today as part of the event. The first is the already mentioned Albedo, a young alchemist who wields a sword and the power of geo, while the other is Ganyu, a half-human half-adeptus Cyro archer who acts as an emissary for the Liyue Qixing.

If you want to check out the new content in Genshin Impact’s latest 1.2 update, download it today on the iOS App Store and Google Play for Android. It’s a free to play title with in-app purchases.

If you want to play some more amazing mobile RPGs, be sure to check out our list where we've detailed some of the best available on iOS.

Want more? Check out our 13 other Genshin Impact news stories!