Pre-registers are open now for both platforms

Raising Archangel is an upcoming idle RPG from Super Planet, who you might be familiar with from two of their other titles that launched this year, Evil Hunter Tycoon and SwordMaster Story, both of which have proven to be very popular. Their latest is open for pre-register now on iOS and Android ahead of the game's launch on January 18th.

Raising Archangel is an idle RPG that has been developed by Maestro whilst Super Planet are on publishing duties. It sees you playing as a newbie angel as they make a bid to become stronger by battling through several stages and missions.

It promises to be fast and easy to play without any complicated controls to contend with. Angel will grow by defeating enemies on their own. However, there will be various, powerful active skills to utilise at the right times to make progression a tad easier.

Beyond that, there are four different types of equipment in the game to give to Angel. They are weapons, pendants, rings and earrings, with each having various levels. Naturally, you'll want to collect the best equipment possible to make Angel even more powerful than before. 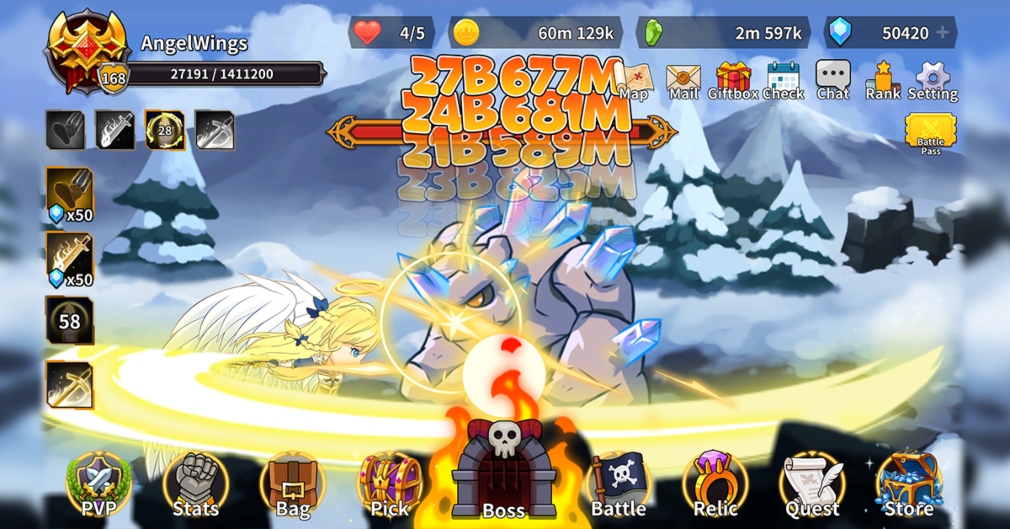 Aside from that, as you'd expect from an idle RPG, there will be a plethora of quests to battle your way through. They'll see you slaying a myriad of monsters whilst collecting gold, equipment and items that will let you enhance your current set of gear further.

Raising Archangel is available to pre-order now over on the App Store and Google Play ahead of its expected release on January 18th. It will be a free-to-play game with in-app purchases.

Looking for more excellent RPGs you can play on your phone right now? Here are 25 of the best available for iPhone and iPad

Raising Archangel is an idle RPG about making a newbie angel more powerful, available now for iOS and Android