Defender Legends has had a new 3.0 update, bringing new features to the game such as two new heroes, new types of rewards to grab, and special events to commemorate the Christmas season.

The two new heroes are named Banehallow, an agility character with great damage skills, and Redwings, an intellect-based hero. You can unlock them both through the Elite Summon in the Hero Pub. These new updates also see you getting a random five star hero when you summon the World Tree for the first time.

Besides these hero updates, there’s also some time-limited events to coincide with the Christmas Event. The in-game shop has gift packs and big discounts on items like Gems, as well as a 7-day check-in reward just for launching the game. 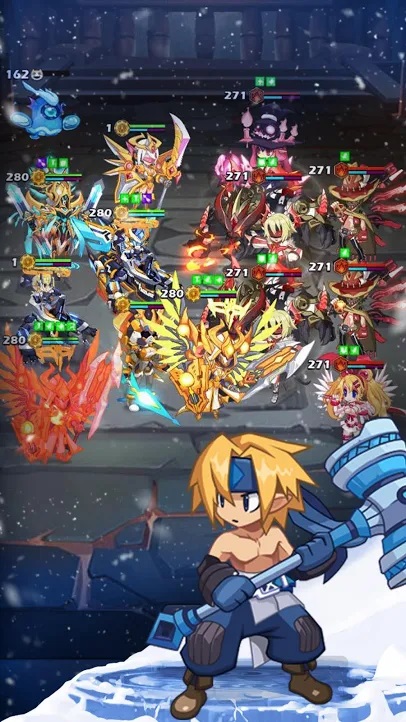 Most of the new events in Defender Legends are time-limited exclusively for while the 3.0 version update is new, so it’s best to keep an eye on the game while it lasts. The developer has also not detailed the contents of these events yet either, but they’re set to go live as soon as you download the new update.

Defender Legends is an idle RPG that creates a magical world where you assemble heroes to fight against dark forces. Since it was originally launched, the game has been praised by players due to its accessibility and fun graphics. The 3.0 update also adds better optimisations to make the game run better, as well as allowing all heroes to be levelled up to 12 stars.

You can download Defender Legends now from the Google Play for Android store. It’s also available on the iOS App Store under the slightly altered title of Defender Myths, and is a free to play game with adverts and in-app purchases.