Two new players have been added to Captain Tsubasa: Dream Team in a free update for iOS and Android devices.

Alfredo Di Piazzolla and Diago Rossi have now stepped onto the football pitch, and these characters have been created under supervision by the original creator of the Captain Tsubasa manga, Yoichi Takahashi. They’re brought to life by two popular voice actors, with Junko Minagawa playing the role of Piazzolla, and Rikiya Koyoma playing Rossi.

“It feels unreal to me that I get to be a character in the world of Captain Tsubasa,” said Minagawa on playing a character in the game. “Piazzolla's hard work comes from his confidence and his positive personality; never forgetting to be grateful to everyone around him. I hope you can feel his overwhelming love of football come through.” 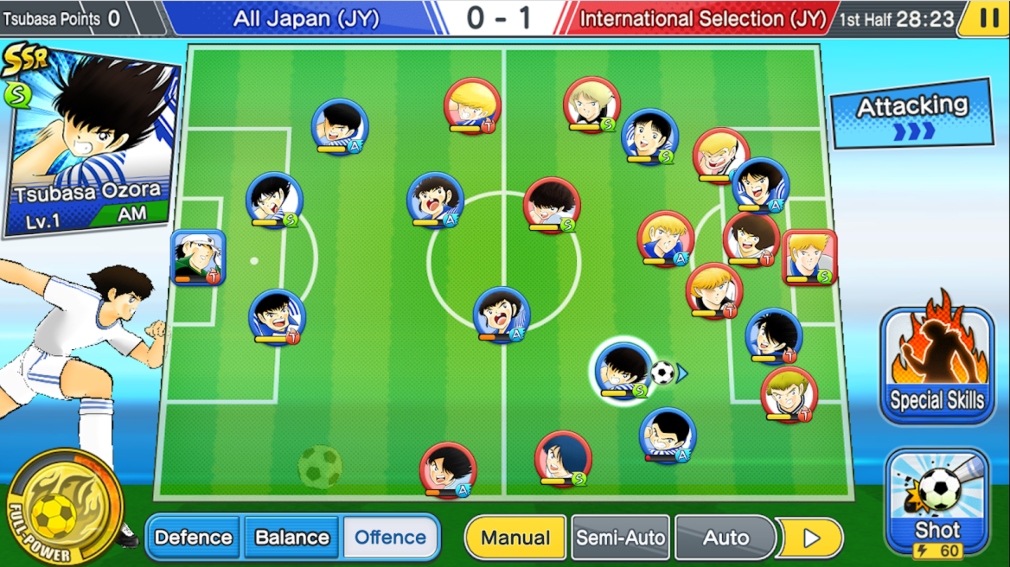 “Diago Rossi makes use of his large body to fulfill the goal of being a star that outshines any player in South America, Europe, or even worldwide,” says Koyama. “He is young but full of integrity, with a heart even bigger than his enormous body, which he can stop opponents with! He connects with his friends through his heart. He's an upright and honest man. His humanity is what makes his talent, I can look up to that.”

To commemorate the new update, a log-in bonus is now in effect in Captain Tsubasa: Dream Team. Simply download and log-in to the game to receive the two new characters, and clear the new scenarios added to receive rewards such as Black Balls (SSR) and more.

You can download Captain Tsubasa: Dream Team now from the iOS App Store and Google Play for Android. It’s a free to play title featuring adverts and in-app purchases.

Check out more great sports games you can play on your iPhone and iPad.