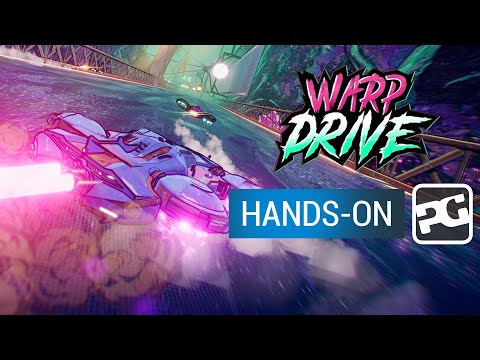 It's a bit F-Zero, it's a bit wipEout, and it's a surprisingly decent time. Warp Drive is a high-speed futuristic anti-grav racer which borrows heavily from other racers in the genre.

It's got a few tricks of its own though, throwing in the ability to switch between tracks on the floor, the walls, and even the ceiling. It's not without its problems, but there's a lot to like - and as it's part of the Apple Arcade service, subscribers won't be paying anything extra to give it a try.

By the way, if you want mobile gaming video reviews, previews, and top-lists fired direct into your feed just hit the subscribe button, site back, and let the games come to you.