Nexon’s Darkness Rises is collaborating with Ubisoft for a crossover event with For Honor, starting today and lasting until 16th March, 2021 so you have plenty of time to enjoy the content.

The popular third person action RPG will have players heading into battle wearing costumes inspired by each of the different classes available in For Honor, including Kensei, Peacekeeper, Nobushi, Hulda, Warden, Raider and Black Prior.

The three For Honor factions, Knights, Vikings and Samurai, are also the basis for three new pets arriving in Darkness Rises today, and to coincide with the release of the collaboration there will also be various in-game packages available for purchase which include the costumes and pet eggs.

There are also new rewards to get for finishing missions, with the Clear Mission Rewards yielding Rank A++ Armor Chests, Rank S Polish Chests and Rank S For Honor Pet Eggs just for beating them. There’s also a Ranking Achievement Reward event, where you can compete in a special PvP Brawl which rewards you with Rank S++ For Honor Costume Chests and full For Honor outfits for climbing up to the top of the ranks. 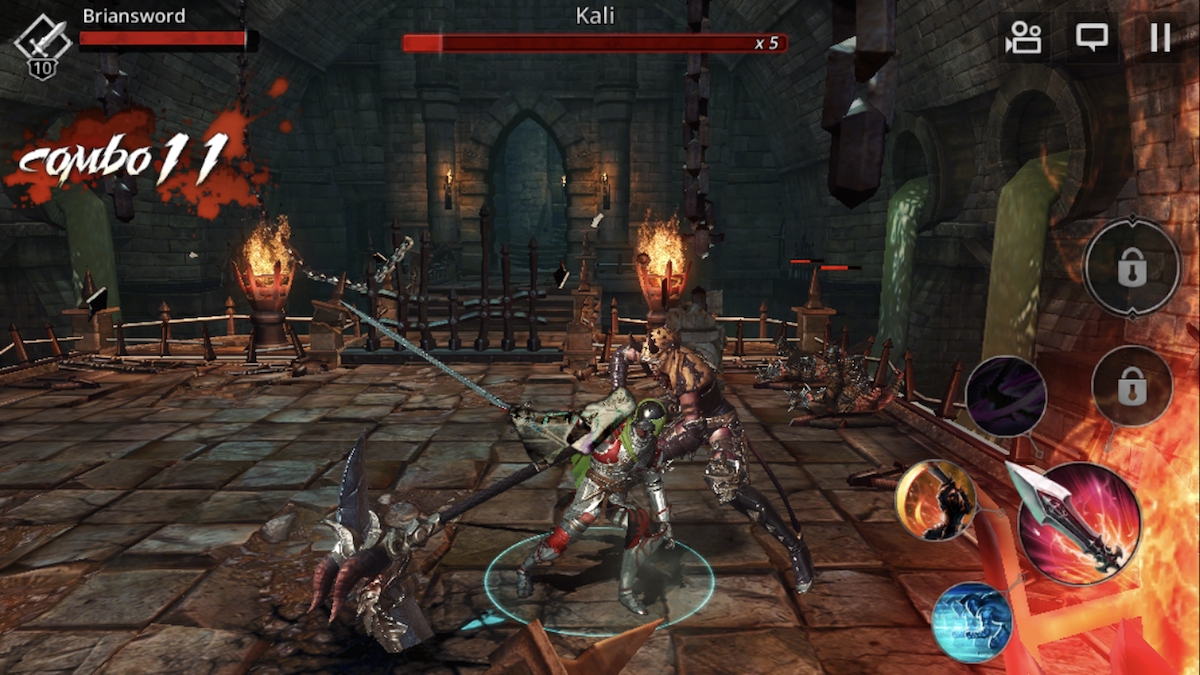 Darkness Rises originally launched in 2018. It’s a third person action RPG which boasts impressive graphics and works well with the limitations of touch control interfaces. Our review back from launch called it “one of the finest visual achievements we've seen on the App Store for a long while.” If you ask me, a collaboration with For Honor seems like a perfect fit for the game.

You can download Darkness Rises now from the iOS App Store and Google Play for Android. It’s a free to play title with adverts and in-app purchases.

Looking for some more action games to play on your iOS device? Be sure to check out this list we've made right here.