All we have is a teaser trailer for now, however

NetEase Games' popular 1v4 asymmetrical survivor horror game Identity V has announced a crossover with the Japanese anime, The Promised Neverland. Today they have released a teaser trailer to get people excited about the impending collaboration.

The trailer, which you can see in the embedded video below, shows Emma and the Gardner distressed as they make their way towards a mysterious door with light beaming through it, promising hope. But is that truly what lies within? 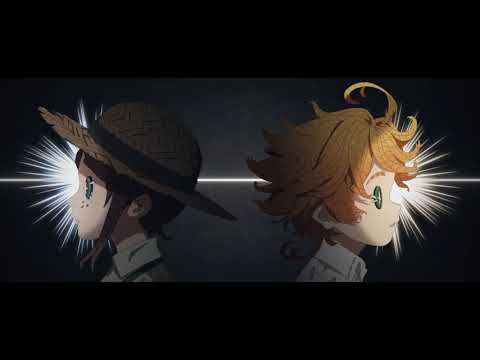 The trailer also shows a hydra pattern at the end. The main protagonist of The Promised Neverland, Emma, is well-versed in Morse code so it seems part of this crossover event will involve decoding this pattern.

If you're unfamiliar, The Promised Neverland is an adaption of a popular Manga that was written by Kaiu Shirai and illustrated by Posuka Demizu. It's a relatively new series with the first season airing in January 2019 and the second planned to air in January 2021.

It tells the story of 38 children and their unrelated caretaker 'Mom' who all live together in a place called Grace Field House. Though it appears to be a happy locale on the surface it's actually a purgatory where the children will be sacrificed to demons once they reach the age of twelve and 'leave' the house.

Once the children discover this awful truth they set off on a mission to escape for real. The crossover event will re-enact this but with the main character from Identity V trying to escape in different times and spaces. We can expect a variety of crossover items and costumes when the collab arrives.

Looking for more horror games to play on your phone? Here are 25 of the best available for Android

Want more? Check out our 13 other Identity V news stories!