Developer and publisher YOOZOO Games has announced that their next title for iOS and Android is set to arrive on December 24th. It's called Dynasty Scrolls and promises to be a colourful mobile RPG that is set in the Three Kingdoms period of Ancient China.

The Dynasty Scrolls series has proven to be popular in Asia, where the game has racked up over 200 million registered users. Now, the rest of the world can pre-register for the game and will earn themselves special in-game bonuses such as Gold, Recruit Orders and the Honorable Youth title for doing so.

It's a card-based RPG – as a lot of them tend to be these days – that promises a lot of customisation options. There will also be an array of PvP and PvE game modes to dabble in such as Sieges, Raids, Warrior Trials and Overlord Battles.

The endgame will apparently offer more for players to do as well such as collecting all of the available heroes and tinkering with different line-ups to develop new strategies. As you'd expect, characters can also be upgraded to enhance their various powers. 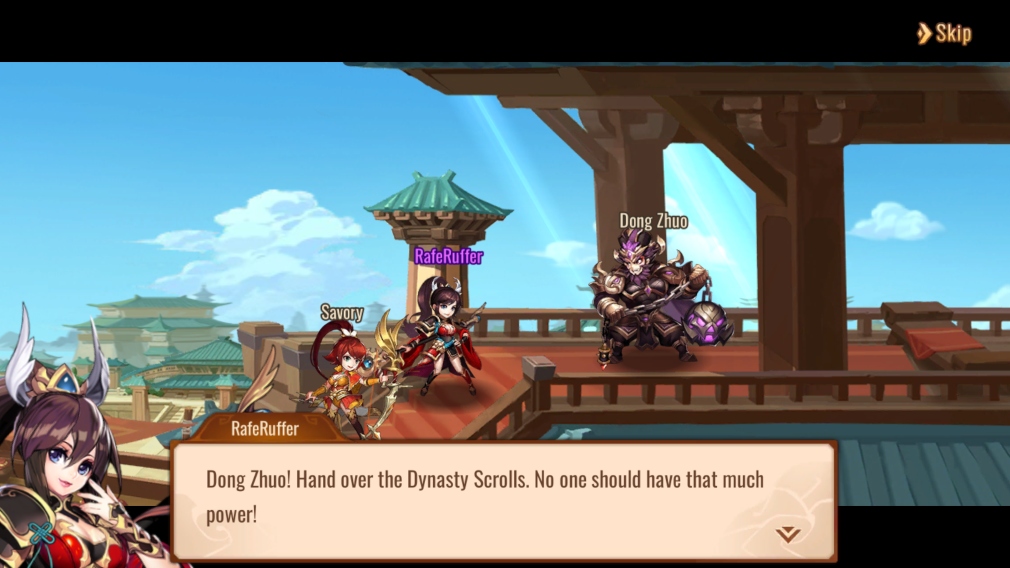 The different characters will each have their own Faction which may prove influential when players design their teams since they offer additional combos that could be useful in battle. Likewise, players can gain access to Joint Attacks by collecting skill shards and heroes whilst they can also increase their power further by unlocking Affinities.

Dynasty Scrolls is available to pre-order now over on the App Store and Google Play ahead of its release on December 24th. It will be a free-to-play game with in-app purchases.

Looking for more top-tier RPGs that you can play on your phone? Here are 25 of the best available for iPhone and iPad
SEE COMMENTS

There Is No Game: Wrong Dimension, the comedy point and click adventure, will release for iOS and Android later this month