Earlier this year, LifeAfter held a crossover event that saw characters from Capcom’s Resident Evil series make an appearance in the post-apocalyptic survival game. NetEase Games has now begun the second phase of this event, which will go live on Thursday, 3rd December, and run on until 17th December.

As the title “The Final Battle” implies, the event involves players uniting to deal the final blow to the Umbrella Corporation. Fan favourite characters such as Leon Kennedy, Jill Valentine and Ada Wong make an appearance, as well as series villains such as Albert Wesker and Resident Evil 2’s Tyrant. 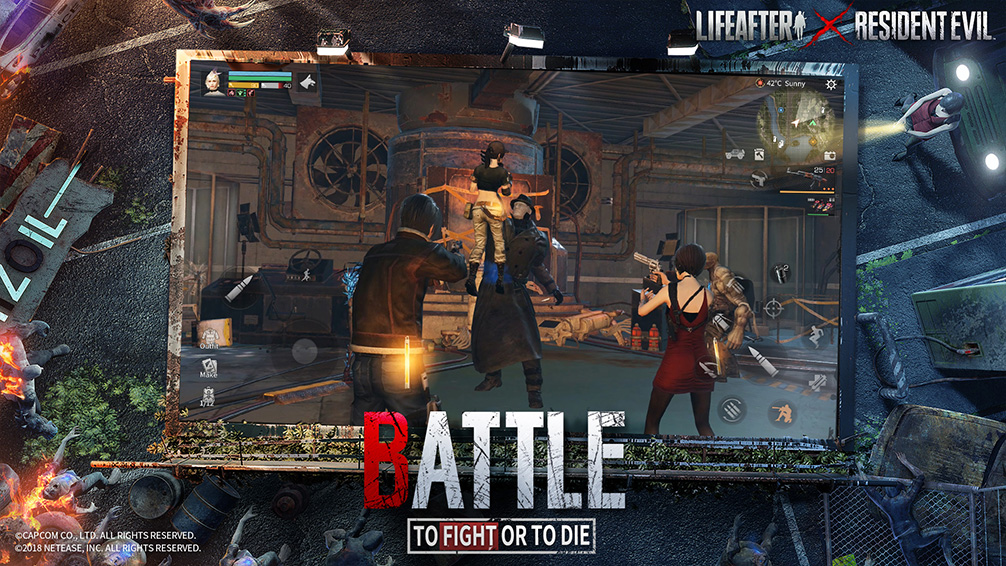 All items from the first event from August will return during the new event, including Leon and Ada’s classic outfits, the motorcycle, and limited Resident Evil-themed decorations and pendants. Phase 2 will also introduce new outfits for Jill and Wesker, with new items such as a backpack and a picture frame also being made available during the event.

Here’s a trailer to show you more of the LifeAfter x Resident Evil event. As you can see, you’ll be able to enjoy the familiar LifeAfter experience within Resident Evil’s R.P.D. setting.

The gameplay has been slightly tweaked to accommodate the Resident Evil theme. In addition to iconic bosses such as Tyrant, Executioner Majini, G (Stage 2) and Nemesis, the game will also have you decoding locked chests and collecting three medallions to unlock a secret tunnel, all while you’re being chased by Tyrant. You can check out the website for more info.

Play LifeAfter’s new Resident Evil crossover event from this Thursday by downloading it from the iOS App Store or Google Play for Android. It is a free to play game containing in-app purchases.

If you enjoy playing shooter games, you should check out the best ones that are currently available on iPhone and iPad.

Want more? Check out our 11 other LifeAfter news stories!