Dystopia: Contest of Heroes is a new strategy game from Beetroot Labs that's available now for iOS and Android. It's the latest app to sport the fairly common 'man shouting icon' except, in this case, that man is UFC star, Conor McGregor.

That's right, Beetroot Labs have teamed up with the mixed martial artist in the hopes that it will draw a larger audience to the game. A focus of Dystopia: Contest of Heroes will be on global multiplayer tournaments where players will be able to compete for various real-life prizes.

These will reportedly be hosted by Conor McGregor himself. There will be a mixture of daily single and duo tournaments to compete in that will net players various in-game rewards. Meanwhile, weekly and monthly tournaments will serve as qualifiers for a yearly tournament that will include prizes such as signed merchandise, a meeting with McGregor and other prizes worth tens and hundreds of thousands of dollars.

The game itself is described by Beetroot Labs as build and battle meets RPG, set in a futuristic cyberpunk world. It looks to slot into the mid-core tier of strategy game but with a simple onboarding process that eases players into the complexities step by step. 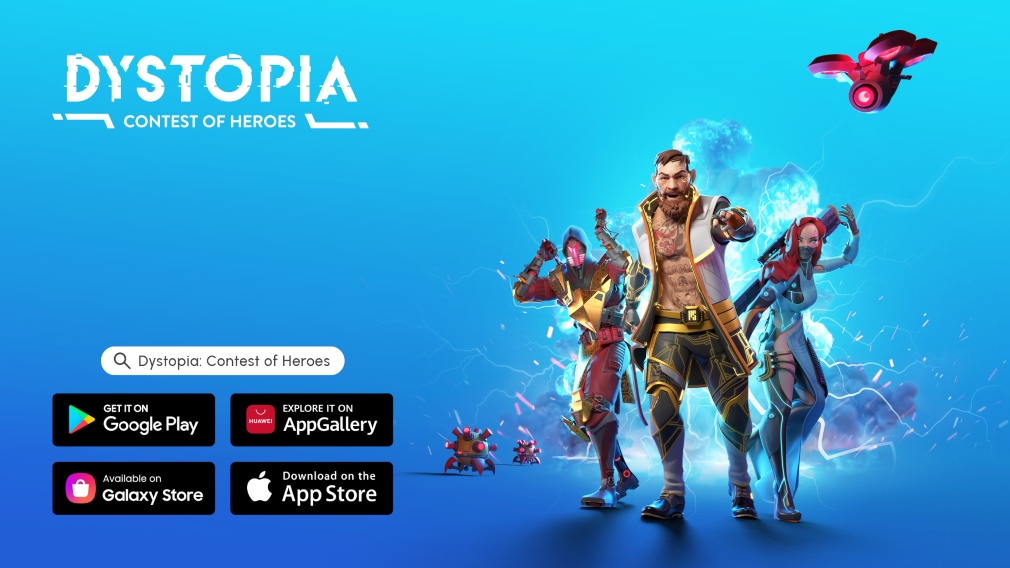 Players start the game as a rebel who finds a suitable location to build a base. They'll be tasked with building an empire by taking over various districts in New York. Meanwhile, they'll be collecting sci-fi themed gear, raid other players and upgrade their bases. Players can also create alliances with over 100 other players to wage wars against other alliances.

Dystopia: Contest of Heroes is available now over on the App Store and Google Play. It's a free-to-play game with in-app purchases.

Looking for other strategy games to play on the go? Here are 25 of the best available for Android
SEE COMMENTS