Play on an even playing field in Battle Royale World Series

Following the celebration of Homerun Clash's 2nd anniversary a few months ago, Haegin has now introduced a host of updates to their sports title as the game moves into its third season. This includes a new game mode and batter.

The headline feature of the season 3 update will be that new game mode, which is called Battle Royale World Series. The rules are very similar to the previous Battle Royale mode, however, in this variation players will all be given the same skills and stats, meaning that your ability at the game should prove more important than anything else since it will be a level playing field. 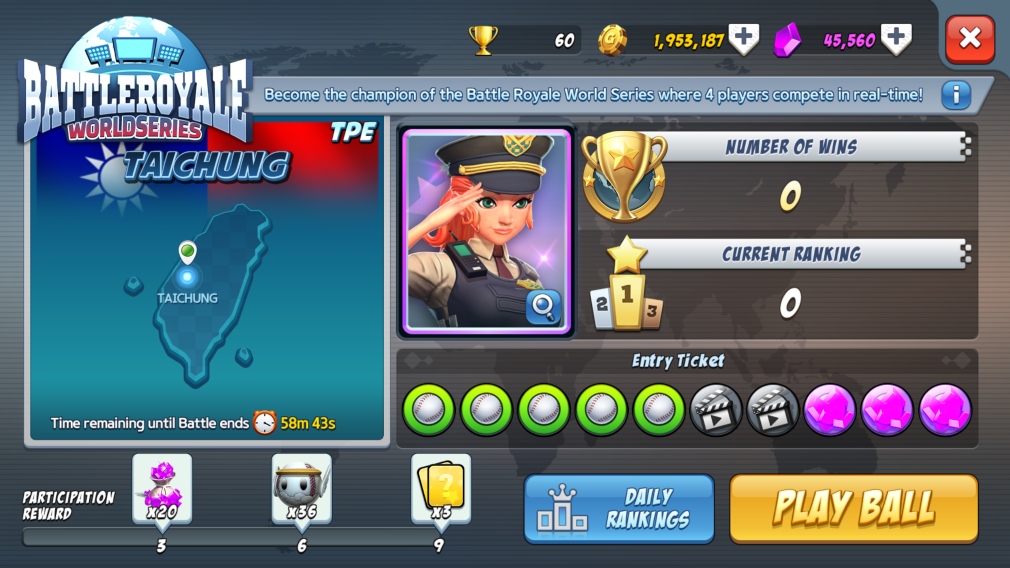 One week after the game's World Championship ends, the Battle Royale World Series will take place. It will stick around for two hours per day for two days, with players netting themselves various rewards that will depend on their daily rankings.

Beyond that, the update will also see the addition of a new all-star grade batter to Homerun Clash. Her name is Nahee, a young batter who was prolific in her local pro league before deciding to move to a higher level. She arrives with various abilities to reinforce her baseball skills.

Elsewhere, four new legendary tier gears have been added to Wild West park. This includes the Revolver Bat, Windproof Goggles, Sheriff’s Hat, and Sheriff’s Badge. There will also be options to promote Annie McLane and Percival into Elite versions with boosted stats alongside a new SWAT outfit for the former and new story for 5 of the existing batting roster.

Homerun Clash is available now over on the App Store and Google Play. It's a free-to-play game with in-app purchases.

Looking for other sports titles to play on the go? Here are 25 of the best available for iPhone and iPad
SEE COMMENTS