King of Worlds is a strategy game from publisher and developer 7Senses that has soft-launched today for iOS and Android in select regions. Those places include the United States, Brazil, the Philippines, Malaysia, Taiwan, Hong Kong and Macau.

King of Worlds is a strategy game then, but one that's intended to be played at a much faster pace than you might otherwise be familiar with. The idea is that you can build your kingdom at ten times the speed alongside strengthening your power to allow you to conquer other regions easier. 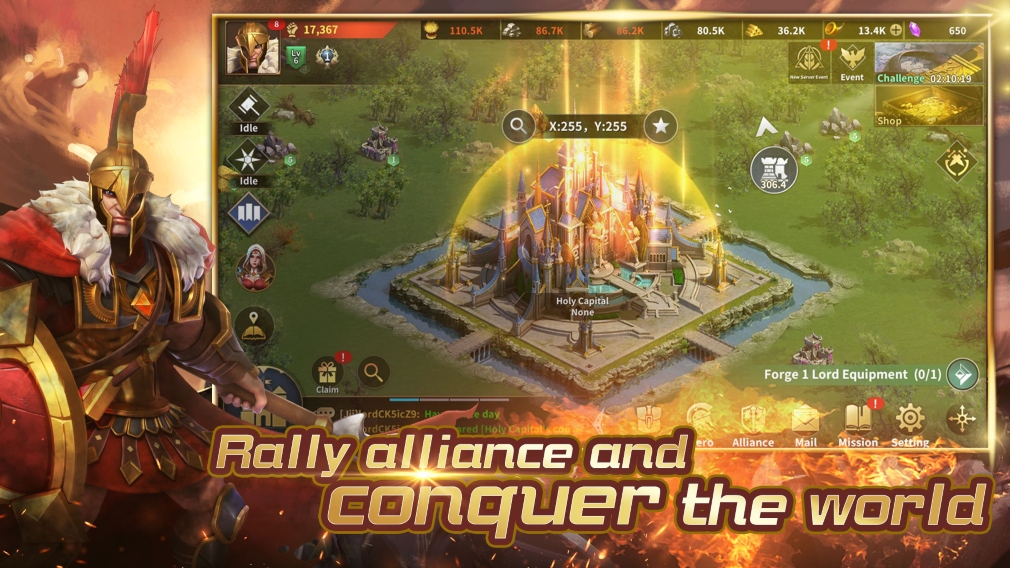 There will be a host of historical figures you can summon to fight alongside you on the battlefield too. Aside from these powerful characters, there will of course be regular troops who you can train to be better fighters in addition to getting them to help build your kingdom.

There will be three different types of troops available which are the standard infantry, cavalry and archers fare. They'll each have various advantages and disadvantages over one another so it's important to choose a formation with a good mixture to deal with your opponents.

You won't have to try and conquer the in-game world alone, however, as you'll be able to form Alliances and battle alongside other players. Allies can share resources, buffs and provide military support to each other too so it seems like it's worth your time to join one.

The ultimate aim in King of Worlds is to occupy the Wonder, which lies at the centre of the map. Whoever claims this sought after place will be crowned King and will receive additional benefits befitting of their position.

King of Worlds is available now over on the App Store and Google Play in select regions. It's a free-to-play game with in-app purchases.

On the hunt for more strategy games to play on the go? Here are 25 of the best available for Android

The First Tree, an exploration game set in the wild, is out now on mobile

Econia is a business sim that looks to blend together idle, tycoon and city-builder elements