Two live streams and over 30 articles - that's the current tally for Pocket Gamer LaunchPad 2 so far, and somehow there's even more to come tomorrow.

Today we've had everything from vertical shooters, auto-chess battlers, to classy board game adaptations, and we stopped off at a mass of other destinations on the way. There have been details of updates, outlines of future seasons of content, release announcements and much, much more. Also, the stream was absolutely fantastic, and we saw some amazing titles on show, and being played. 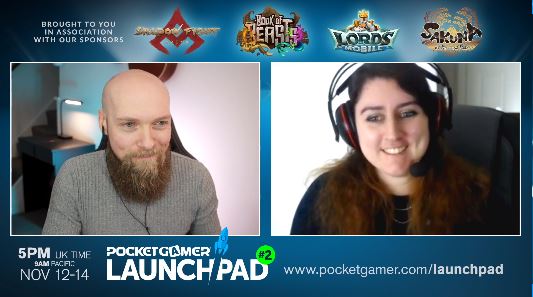 But, we're still not done. We're back again tomorrow from 9:00AM UK Time with our third and final day of announcements, and let me tell you something, it's just as strong as today, in fact, if you're a fan of smaller indie games then you might just find it to be your favourite. As before though we'll be kicking off a new stream starting at 5:00PM UK Time to wrap up the day. While today we had Danielle Partis, editor of Pocketgamer.biz alongside James, this time it'll be yours truly, Dann Sullivan the editor of Pocketgamer.com.

Don't forget to keep our homepage, or even pocketgamer.com/launchpad, open in order to make sure you don't miss an announcement. And, if you're interested in staying in touch in other ways then you can follow us on Twitter or join our Discord.

Finally, we'd like to give a big shout out to our sponsors, Shadow Fight Arena, Sakuna: Of Rice and Ruin, Lords Mobile and Book of Beasts - as well as all of the developers who have taken part - who have helped to bring this all together.

And we'll see you again tomorrow for even more great games!

Pocket Gamer LaunchPad 2 day 3 has begun! We're sending this event off with a bang (and another amazing stream)