Konami has announced that a new Party Cruise update is now available for the Apple Arcade-exclusive title Frogger in Toy Town.

Celebrating its first anniversary, the game has added eight new stages as well as many new costumes and collectible items. As the update is themed around a festival, you can now unlock themed costumes to wear while rescuing froglets on the Water Lily, all while featuring alongside a showboat and harbour which is bustling with attractions. 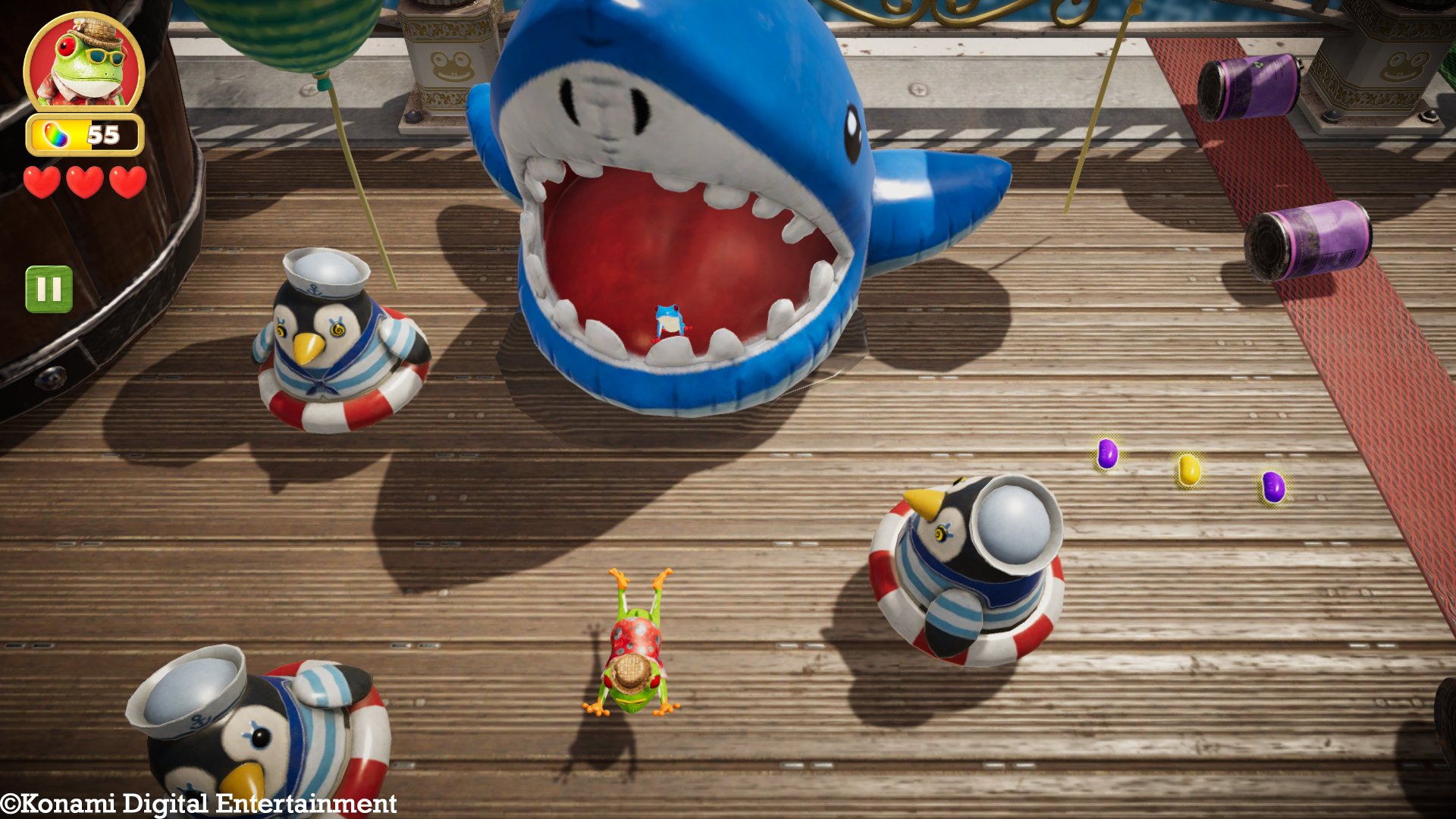 Much like the original game it was inspired by, Frogger in Toy Town tasks you with guiding a frog to safety, with every level featuring numerous obstacles you need to evade and new challenges to conquer. It has toppling blocks, falling books and other hazards where avoidance is crucial to success. There’s also a local co-op mode, which was added earlier this year in an update, where you can team up with your pals to take on the challenges that lie ahead.

The game delivers a rich action experience brought to life with cute and colourful 3D graphics, a huge evolution of the same formula that began with Frogger’s original introduction in 1981. Since then, the series has remained a classic and beloved arcade franchise, boasting a simple but challenging premise where players must avoid dangers and hazards, such as cars, alligators and snakes, and must guide their frogs back home safely. Frogger has appeared on an immeasurable number of platforms over the years, played by millions of fans from across the globe.

You can download Frogger in Toy Town now from Apple Arcade, the premium iOS service that allows you access to hundreds of games for a monthly fee. It costs £4.99 per month after your free trial expires.

Enjoy puzzle games? Then you might want to check out our favourite ones on iPhone and iPad.
SEE COMMENTS