Pearl Abyss has announced today that two new classes will be making their way into the popular MMORPG Black Desert Mobile. Alongside their arrival, players can expect a host of celebratory events and rewards.

The first of those two classes is Musa, a Korean swordsman who wields a blade and horn bow as his weapons. His signature moves see him making use of a plethora of deadly combos and explosive dash attacks.

Beyond that, whenever he swings his blade this will create a whirlwind that's capable of knocking enemies into the air. Meanwhile, he also has a thrust attack that will push enemies back whilst dealing damage to them. After awakening, Musa can use the crescent blade, a sword reserved for master swordsmen.

The second of those two classes will be Maewha who also uses a blade and bow. She uses deadly attack combos that evoke natural flow. She'll make use of these moves in close-quarters whilst picking off enemies from afar with her bow.

Her blades also have a useful additional effect that may prove useful. When she charges her blades they will be knocked down with an icy take which will momentarily slow them. Upon awakening, Maewha can use the kerispear. 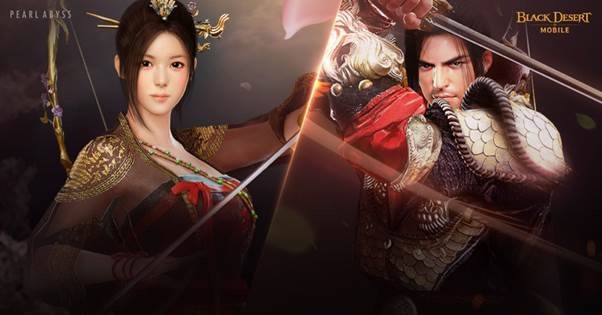 As mentioned, to celebrate the arrival of these two characters there will be a series of events to complete and rewards up for grabs. This will include a tier 3 pet, advanced black stones, a Liverto main weapon box and more simply for levelling up either character to level 60. There will also be special quests to complete that will net players a Carlstein armour box and a Tier 5 Horse Emblem.

On the hunt for some quality RPGs you can play on your phone? Well, here are 25 of our favourites for iPhone & iPad
SEE COMMENTS