Underworld Office is a visual novel from Buff Studio, the indie developer behind Seven Days which reached over four million global downloads on mobile platforms.

It’s an original story that uses a chat-like interface for interactive storytelling with an expansive, fleshed-out universe. You play as Eugene, an eager fellow with an interest in the paranormal who unintentionally falls into the world of ghosts. At the moment he nearly gets killed by monsters, a mysterious spirit saves Eugene and demands he works at the devilish Underworld Office as penance.

Underworld Office is an episodic game, and during the course of these mysterious yet touching episodes you will meet a variety of ghosts who are somewhat twisted, cute, and stern at the same time. You’ll also have to make choices while on your adventure, which requires careful thought as they will affect your destiny and the fate of where the story goes. Overall, there are seven different endings, with many more alternative routes occurring throughout your entire playthrough, so the game is worth playing many times to see all there is to it. 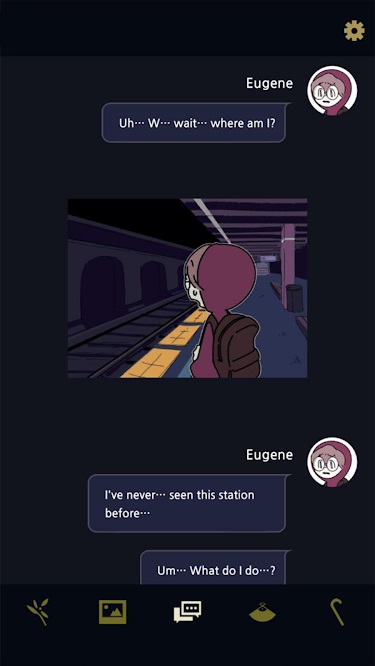 It’s no lie that a huge amount of work has been put into Underworld Office, as it features 40 short animations and over 150 illustrations of the distinctive environments and characters to bring the world to life. If you enjoy hidden objects games, that’s also a big part of Underworld Office’s gameplay which’ll have you collecting 25 titles and 60 album illustrations.

Underworld Office is available this week on the iOS App Store and Google Play for Android. It seems that the game is already available on Android, but iOS users will have to wait until tomorrow to access the game. It’s a free to play title containing adverts and in-app purchases.

Check out our list of the best Android games available on Android.
SEE COMMENTS