It’s similar in many ways to other games that belong to the card clash genre, in that it retains the same frenetic, accessible fun of ones like Clash Royale while also introducing unique, controllable heroes into the mix.

War Alliance requires sound tactics and smart planning if you want to contend with its fast, strategic gameplay. In it, you take on other combatants in real-time battles by commanding the unique heroes and deploying cards from your customised deck in a traditional card clasher-like way. Should you become victorious, you’ll also be able to upgrade your troops and acquire new cards to increase your power. 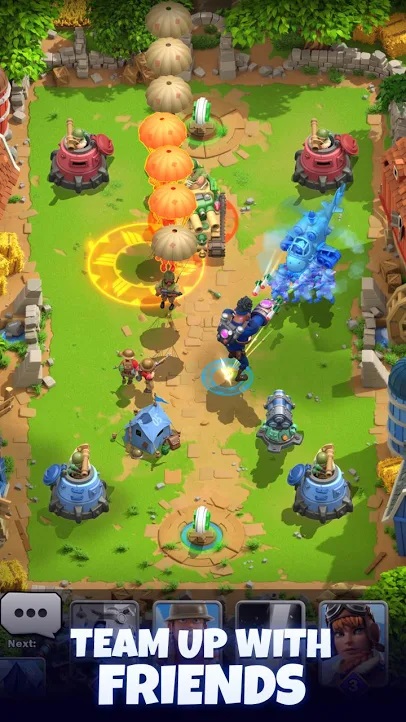 Unique heroes are a big part of War Alliance’s strategic gameplay. You select one before a battle and then can control them around one of the eight available arenas, attacking your opponent’s forces while simultaneously defending your own. Each hero provides their own tactical opportunities that may fit with different playstyles, so it’s handy to make sure you’ve selected the right one before heading into battle.

You also have an option to either go it alone or join a clan and find strength in numbers. Magnific Games recommends the latter route, as it’ll reward you with exclusive items, timed events and friendly duels as extra content to sink your teeth into. In clans you’ll also be able to team up with your friends to conquer the battlefield together, and this also ties into the game’s leaderboard system that ranks you based on how well you perform.

Download War Alliance from the iOS App Store or Google Play for Android. It’s a free to play title that contains in-app purchases.

Read our list of the best strategy games available on Android devices.