Firefly Studios are currently celebrating the 10th anniversary of their MMO Stronghold Kingdoms. Since launch the game has attracted over 8 million players and to celebrate, the team are releasing the Kingmaker update which will introduce a new game world and other content.

This update is set to become available at 3 pm UK time and will see a new type of historical game world arrive in the castle building MMO. It introduces new country borders that will be representative of medieval kingdoms in Europe in 1300 AD.

This will provide a completely different political structure to the main game. Since the map is full of splintered nations, hundreds of players will be able to assume the role of the king and other leaders. This means that players will be in a constant struggle for power in a war of kings.

Stronghold Kingdoms initially launched way back in 2010 and saved Firefly Studios from collapse thanks to its surging popularity. It was arguably a cobbled together game at the time since the developers didn't have enough resources to create new artwork, meaning they had to leverage art and characters from their previous titles instead. 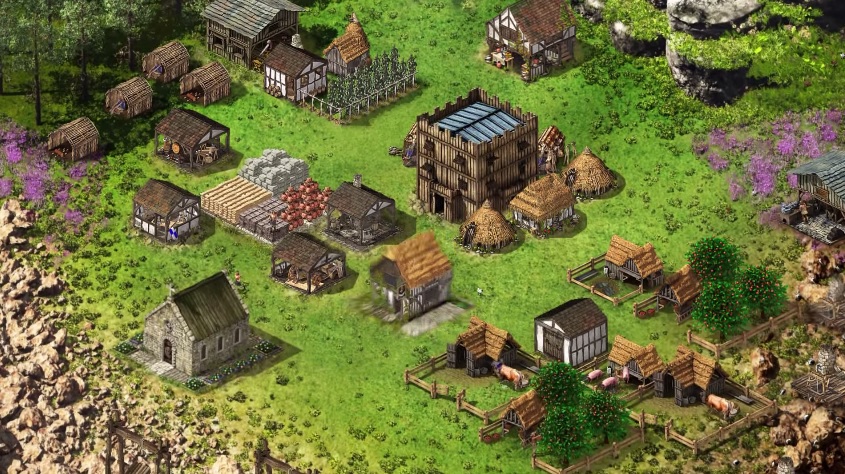 Folks that had subscribed to the Firefly newsletter were invited to test out an early build of the game alongside providing feedback which was crucial for the initial development of the game. It was eventually self-published to Steam where it found a home and audience before eventually making its way to mobile. Stronghold Kingdoms still remains relatively popular to this day, hosting over 150,000 active users each month across the PC and mobile versions of the game.

Stronghold Kingdoms is available now over on the App Store and Google Play. It's a free-to-play game with in-app purchases.

Looking for some strategy games to play on the go? Here are 25 of the best available for iPhone and iPad