There’s been a new update for FarmVille 2: Country Escape for iOS and Android devices, and it looks to be the biggest one since the game originally launched.

The Animal Park update invites players to the titular park to rescue animals and collect an array of new species to use in their farms.

The update introduces Rick, a talented Park Ranger and Zoologist who has come to your farm to restore an abandoned Animal Park and open a brand new Animal Rescue Centre. But he needs your help to rescue and care for these critters, giving them all the creature comforts they deserve. 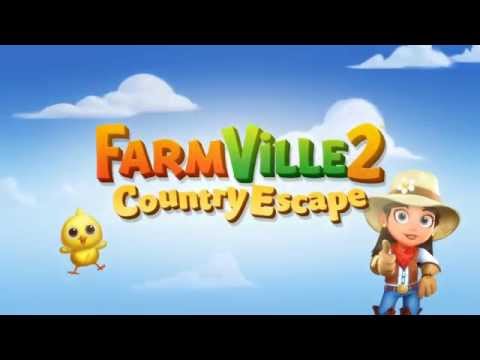 “We’re always looking for ways to keep players entertained with exciting new in-game experiences that cover a variety of fun and interesting themes,” said Akshay Bharadwaj, General Manager of FarmVille 2: Country Escape. “We wanted to put a real focus on the animals, while catering for the most experienced players and creating a sense of teamwork that we could celebrate together as a community.”

FarmVille 2: Country Escape is developed and published by Zynga, a leading games studio that has launched some of the most popular mobile games of all time. In addition to FarmVille 2: Country Escape, it has also released CSR Racing, Empires & Puzzles, Merge Dragons!, Merge Magic!, Toon Blast, Toy Blast, Words With Friends and Zynga Poker, which have all been made available in over 150 countries and accumulated a total of more than one billion players across the globe.

If you want to get stuck in and start rescuing these animals for your farm, you can download FarmVille 2: Country Escape and access the new content by downloading it from the iOS App Store or Google Play for Android.

Want to check out some more farming games available on Android? We've put together a list for you right here.