From today, you can hone your survival skills by masking up as one of four new heroes before you hit the road to kill zombies and collect deadly loot. Joining the existing heroes are four masked horror-themed vigilantes; Tombstone, Salem and Zombieman & Brainboy. In addition to that, you will also have the opportunity to collect and upgrade your existing favourite characters from the films to their max potential.

Zombieland: AFK Survival’s Halloween-themed updates include the Tower of Doom event, in which you sharpen your survival skills by climbing a tower full of deadly zombies to gather the new currency, The Crypt, which is used to obtain Halloween rewards. The other new event is the Zombie Spinner event, which has you spin the Zombie Spinner and watching rewarded videos to earn more Crypt currency. 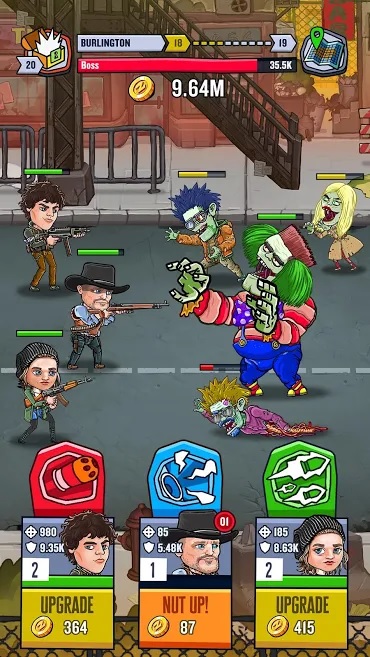 To keep up with the anniversary celebrations of Zombieland: AFK Survival, iOS players will receive an exclusive in-game bundle today and tomorrow, giving the opportunity to double your Crypt currency and maximise rewards that come from the zombie spinner.

Originally launched as Zombieland: Double Tapper, Zombieland: AFK Survival is based on Sony Picture’s Zombieland franchise and puts you on a wild road trip across the post-apocalyptic wastelands of America that have been overrun by the undead, slaying all assailants that come your way. It features popular characters from the film; Tallahassee, Columbus, Wichita and Little Rock, while also introducing some new ones to accompany them.

You can download Zombieland: AFK Survival from the iOS App Store or Google Play for Android. The game is free-to-play and contains adverts and in-app purchases.

If you want to check out more adventure games, we've put together a list of the best ones on Android for you.
SEE COMMENTS