Marvel has revealed some new content coming to its MOBA, Marvel Super War, in collaboration with the upcoming Black Widow film.

Although the film has been delayed due to the COVID-19 pandemic, the new content is available as part of the Black Widow event, bringing brand new themed skins based on the film that are obtainable in-game during the month-long event.

Black Widow herself dons the white tactical gear seen in some promo images of the film, with everything from the billowing red hair to the sleek texture of the suit faithfully recreated for Marvel Super War’s graphical style. But for any Marvel comic book and film fans that are hoping for a bit more to come out of this event, there’s an extra surprise awaiting anyone who wants a new character. 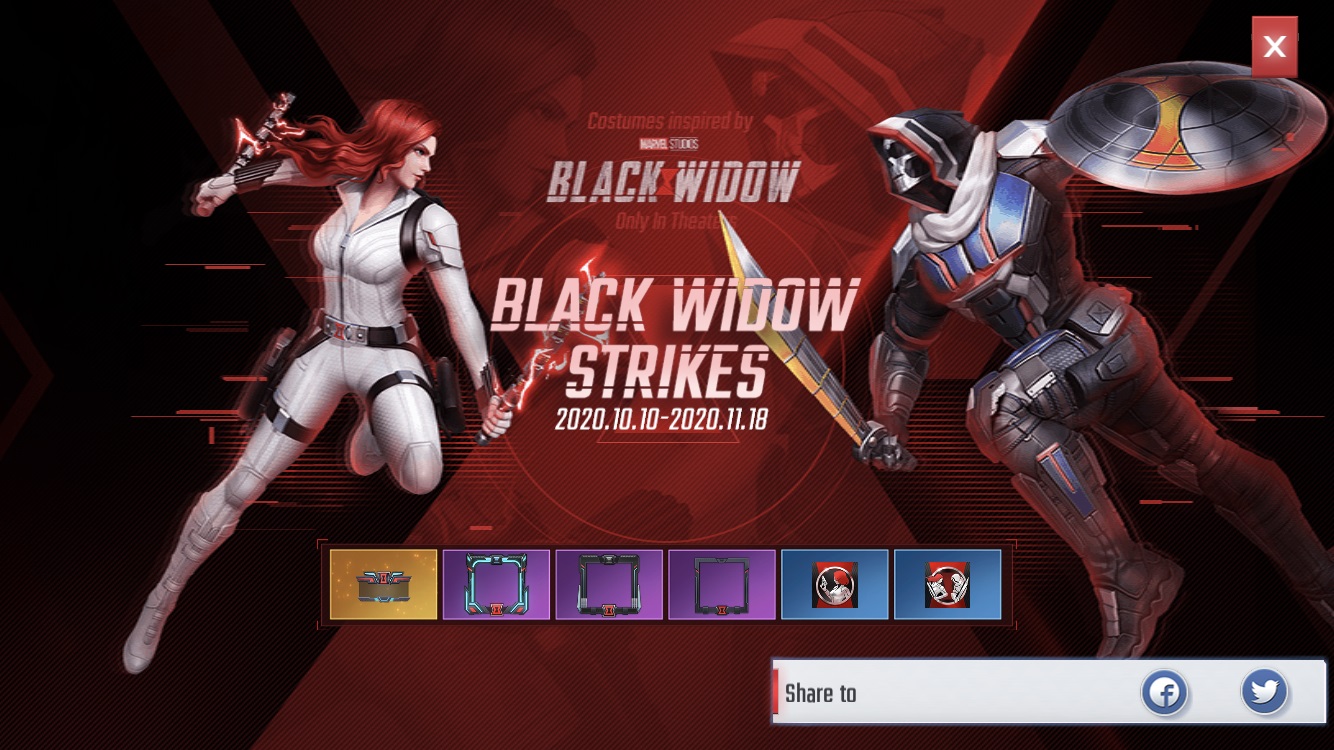 Taskmaster, the imposing antagonist from the Black Widow film, will also be joining Marvel Super War as a playable character soon. Here, the character’s outfit from the film has also been recreated in all its mystique.

This new content is all a part of Marvel Super War’s tie-in Black Widow event, which kicked off on 10th October to coincide with the game’s new season. The event presents a series of rewarding events designed for the newly available collaboration skins and Taskmaster character, where players can participate in activities for various rewards including limited-edition avatars, avatar frames, and chances for lottery draws. As an added bonus, Taskmaster will be available to unlock for free to any player who logs into the game for seven consecutive days.

Considering Black Widow’s big screen delay, this new content should at least serve as a nice taster to get fans in the mood for its eventual release.

Download Marvel Super War from the iOS App Store or Google Play for Android. The game is free and features in-app purchases.

Have a read of our list for more MOBAs to check out on Android.

Celeste: A few tips to help you in this challenging, iconic game