Empire: Rising Civilizations is a new RTS played on a global scale, out now

It’s a real-time war strategy where players from across the globe can attack and defend different territories using their own strategies. Part of its core identity involves you being able to fight alongside famous heroes in history – both real and mythical – and seeing how they shaped it as well as being able to affect their destinies if you wanted to. Some such figures include King Arthur, the Knights of the Round Table, Charlemagne, King David and Ramesses II.

Empire: Rising Civilizations also features a huge map for players to explore, gather resources on, and use as a battleground. The game is made up of three teams who compete for the highest glory. Battles can be launched anytime and anywhere, as territories expand into each other and boundaries get crossed. Teamwork with the other players in your bloc is essential. 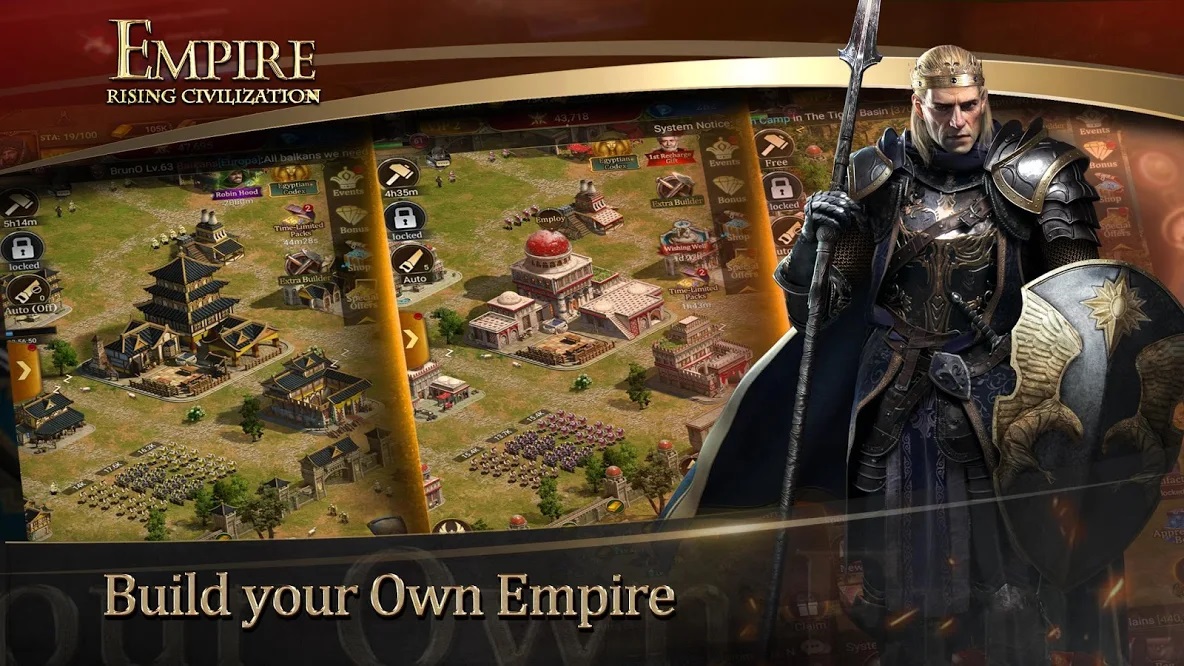 In addition to the traditional RTS gameplay where you train soldiers and send them out to fight, there’s also an RPG-style levelling system for your heroes in which you can equip them with weapons, helmet, armor, gauntlets and boots which will give them bonuses to different stats, and so it’s worth taking them out into the field and making them much stronger for the battles that lie ahead.

In order to make Empire: Rising Civilizations deliver the best experience for players, OneGame is holding a special event called Kingdom League, in which you have even more teammates to fight with and more rivals to dominate on the battlefield, increasing the competition as well as the leaderboard bragging rights.

You can download Empire: Rising Civilizations from the iOS App Store, Google Play for Android, and for Amazon devices.

Check out our list for the best mobile strategy games available on iPhone and iPad.
SEE COMMENTS