Arriving for Android and iOS on 20th and 22nd respectively

Rebel Twins' Cookies Must Die initially launched earlier this year and has proven to be fairly popular since, having racked up over one million downloads on Google Play alone. The developers have recently announced that a sizeable update will be arriving in the game this week.

For Android users, this will become available on October 20th whilst those with Apple devices will have to wait until 22nd. The update will bring a host of new additions to the action title and you can get a tease of what to expect by checking out the embedded trailer below.

First up, there will be two new environments and additional levels to play called Picnic Panic and Deadly Train. Throughout those stages, players will now encounter six new enemy types including a dragon/snake type creature built from scoops of ice cream and another ice cream that dual-wields daggers. 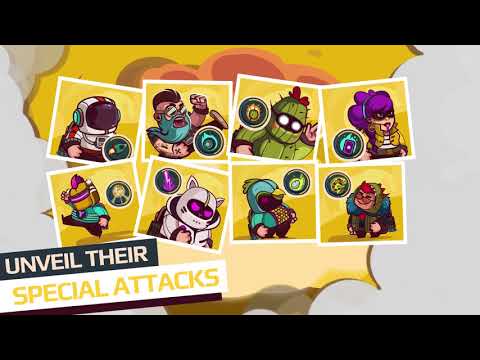 Beyond that, there will also be eight new characters to play as with each having their own special attacks. They can be unlocked by collecting map parts and then winning a special battle that will become available. Alongside these characters, there will also be an additional seven explosive gadgets and the same number of new weapons.

Finally, players will also find a Health Room now which will unsurprisingly heal them if they've taken damage and they'll also come across the Gadget/Armory Shop. Here they'll be able to unlock new gadgets and weapons. It does exactly what it says on the tin, basically.

Cookies Must Die is available now over on the App Store and Google Play. It's a free-to-play game with in-app purchases.

Looking for more stellar action games you can play on your phone? Here are 25 of the best available for iOS and Android