A second life on the go

Back at the tail end of 2019 developer and publisher Oasis VR inc launched their VR platform Oasis into Early Access over on Steam. It's had very positive reviews from users since launch but not everyone is fortunate enough to have a VR set just yet.

It'll be great news to those looking for a virtual playground to learn that Oasis is available for iOS and Android then. Now you'll be able to carry a whole world of possibilities around in your pocket and we've thought of five reasons why we think you should give Oasis a try. 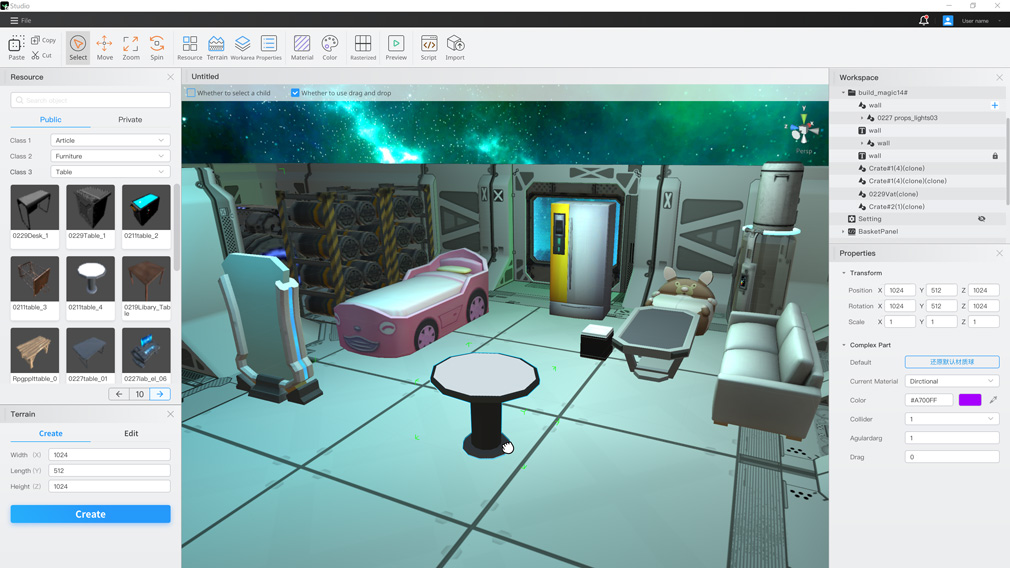 Oasis is focused on giving players a world where they're pretty much free to create as they please. For instance, your avatar's look won't be determined by cycling through a series of predetermined characters. Instead, you'll be able to have them be whatever you'd like. Whether that's Godzilla, a handsome anime character or even a fridge. The only limit is your imagination.

This level of customisation extends to the world itself too. There is a huge selection of in-game scenes to choose from to create a world for your pals or new friends to hang out. Similarly there is a huge amount of choice in deciding what activities you'll get up to there as well such as playing a few rounds of poker or hosting a house party. 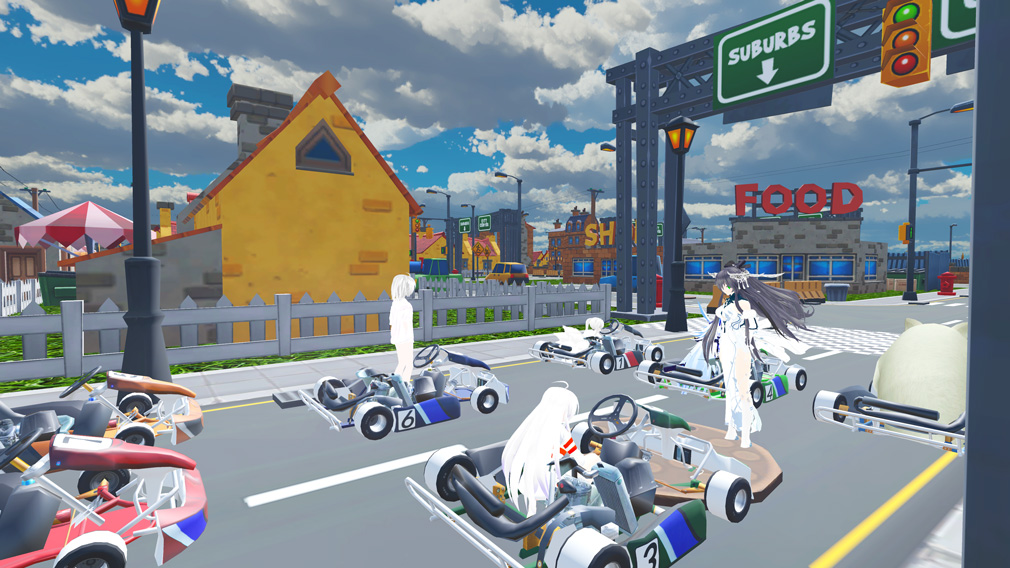 Games within a game

If you're feeling a little more ambitious though, you can create your own games for people to play. Have an idea for an FPS or maybe you have a penchant for kart racers? You'll be able to build either here alongside any other genre you can think of, whether that's a puzzler or an RPG. And the best part is that you won't need to know a single line of code to get started, just bring your creativity. 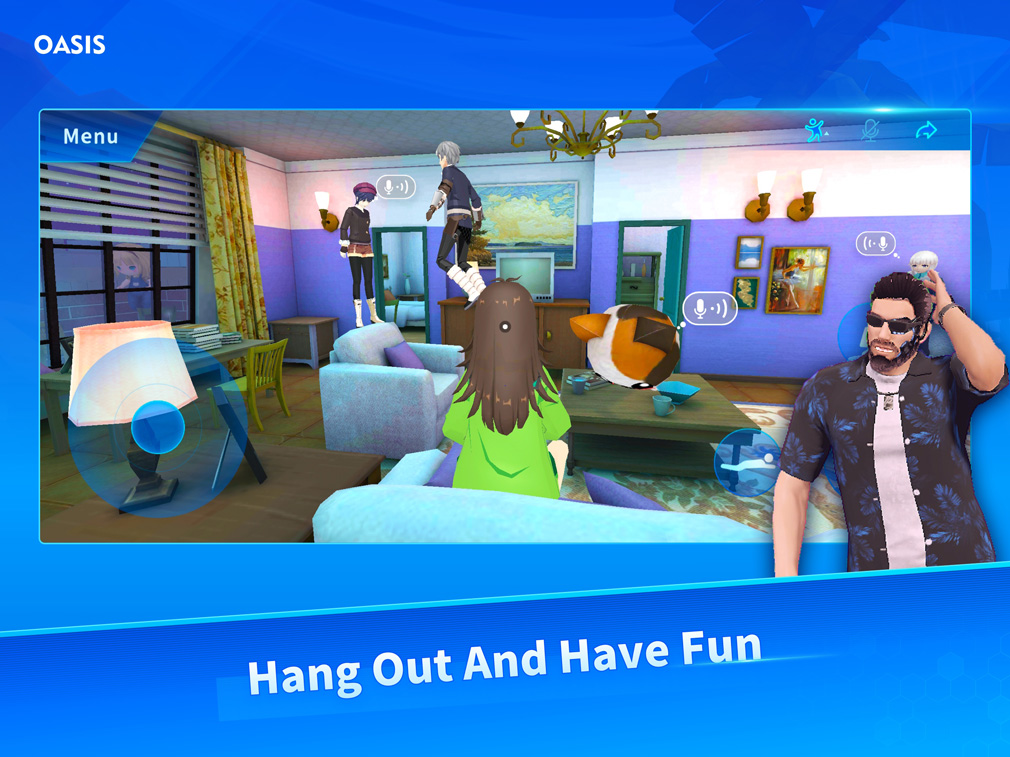 Hang out with friends and make new ones

The world remains a little upside down now with the ongoing COVID-19 issues and spending time with friends virtually is becoming increasingly common. Oasis makes for the perfect hang out spot because not only can you chill with your pals but you can also take part in a plethora of games and activities with one another to pass the time.

It's also a great way to make new friends too. The program can support over 100 avatars in the world simultaneously meaning there's plenty of opportunities to get chatting with other players. Throw in a spot of bowling or a round of poker and you've also got the perfect virtual icebreaker. 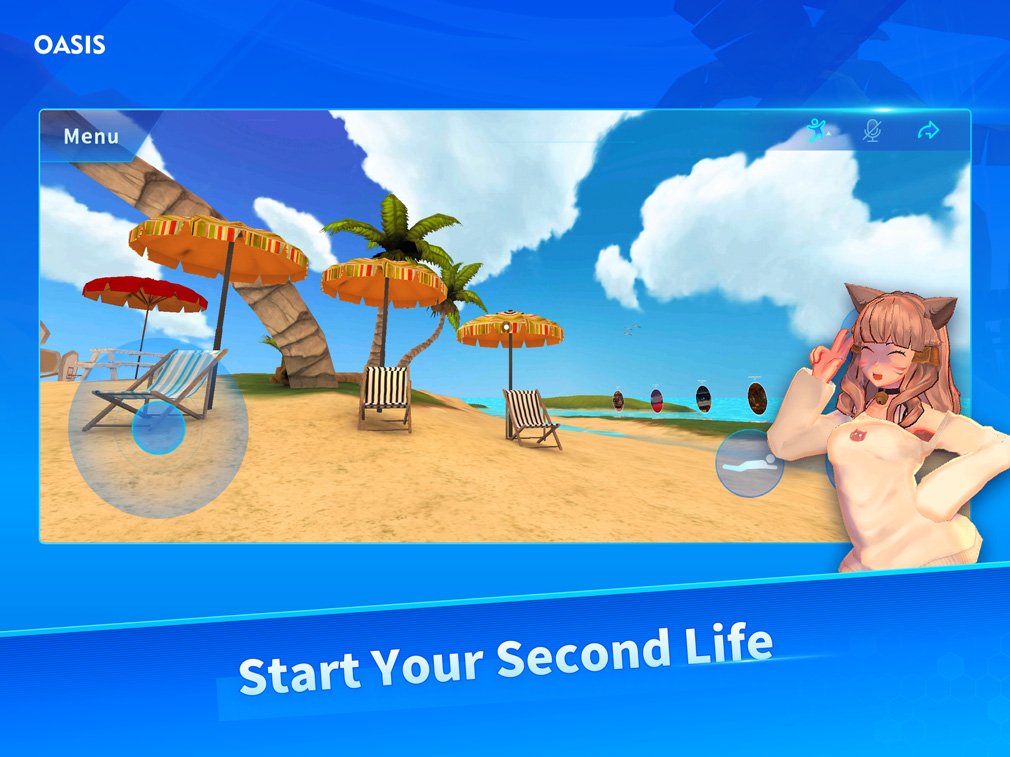 Second Life on the go

The PC and VR version of the game makes use of some impressive body tracking technology to increase immersion. Whilst the mobile edition of the game lacks this, it is incredibly portable and therefore more easily accessible than its PC counterpart. Wherever you are in the world you'll be able to jump into Oasis and hang out with your buddies regardless of where they might be.

A major concern for any new release that relies on multiplayer is whether or not it will have enough players. And even then, if most of those people will still be playing in a few months time. Fortunately, that isn't an issue with Oasis. 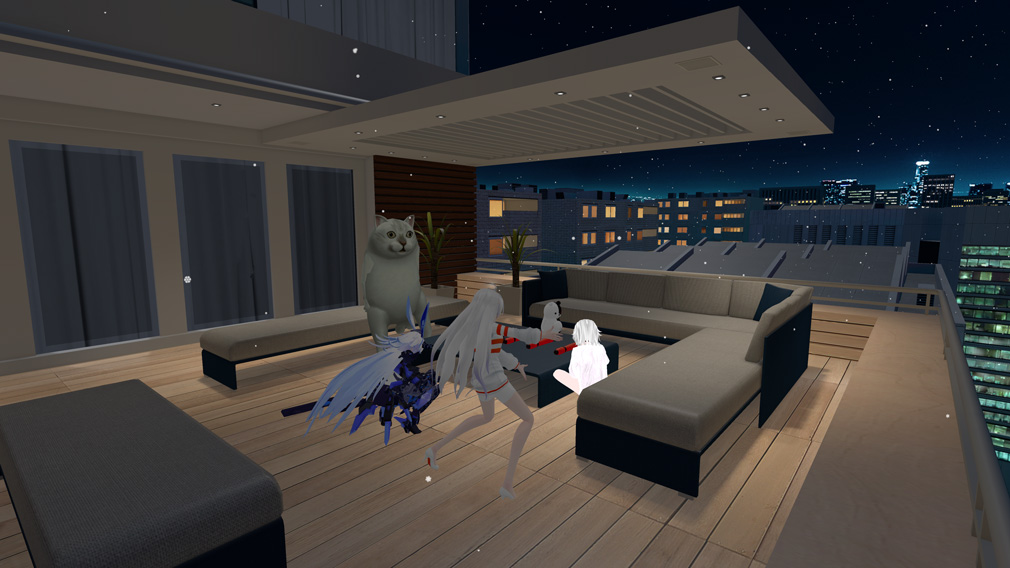 The game has been on PC since December 2019 and currently has over 100,000 active players. Does that matter to the mobile version? Yes, because Oasis has cross-platform play meaning that it already has an established player base so you won't have any issues finding someone to hang out with.

If you're looking to start your own virtual, second life, you can download Oasis now over on the App Store and Google Play in addition to PC. It's a free-to-play game with in-app purchases.