It’s being co-developed with Chinese studio Mandrill VR, and allows you to encounter heroic troops with special capabilities, and assemble your army with the help of powerful allies. As you travel throughout the land, you can collect rare items and unlock rare runes that aid your attempt to rule the world.

“We knew we wanted to publish our game with Lion Studios given their success with hyper-casual games and track record with other Chinese developers,” said Mandrill VR’s Roman Cheng. “We had a great game concept but knew we needed help with UI/UX and product. In addition to testing and user acquisition – Lion Studios proved they were beyond capable in supporting us end-to-end through the entire process.” 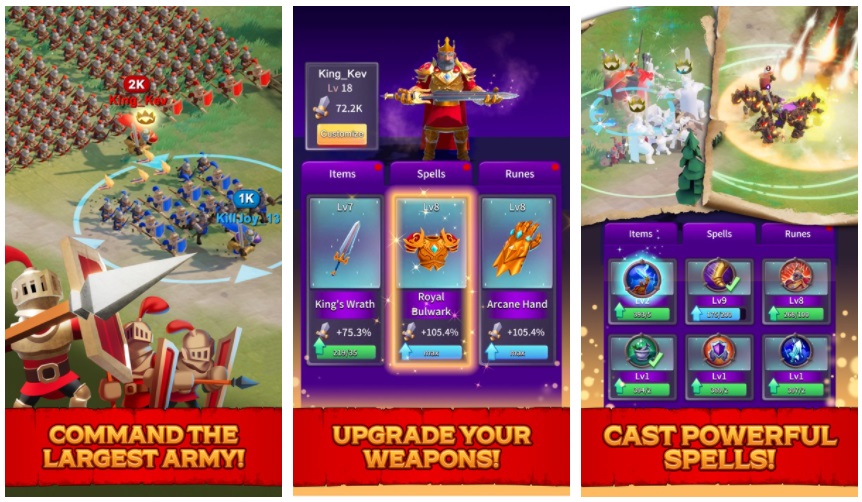 It is the first title Lion Studios has collaborated on, an example of how the developer continues to evolve and diversify its publishing methods. Ancient Battle marks the next step in the company’s expansion into creating a new genre of mobile games it calls “hybrid-casual”, combining deep meta systems with intuitive core mechanics. In a nutshell, this means taking complicated systems within games and finding simpler ways to present them, in order to appeal to a broader audience.

Nicholas Le of Lion Studios said: “We're constantly pushing the boundaries, whether it's crafting new genres or blending elements of hyper-casual and midcore gameplay. Ancient Battle is a testament to our team's innovative spirit and ability to execute on a project of this scope efficiently.”

You can download Ancient Battle from the iOS App Store or Google Play for Android.

If you want to discover more strategy games like this, have a look at our list of the best ones to play on Android.

Pocket Gamer LaunchPad #2 is coming. Join us in November for the biggest show in mobile gaming