Available to pre-order now ahead of its October 26th launch

The Longest Drift will be the latest game from Tepes Ovidiu who you may remember from his numerous other titles such as Vestigium, My Winter Album and Cessabit. His latest effort will be released for iOS on October 26th.

The Longest Drift promises to be a mixture of different genres, combining elements of racing, puzzle and adventure games. It will also have a focus on the story which will see players trying to solve the mysterious disappearance of two family members. 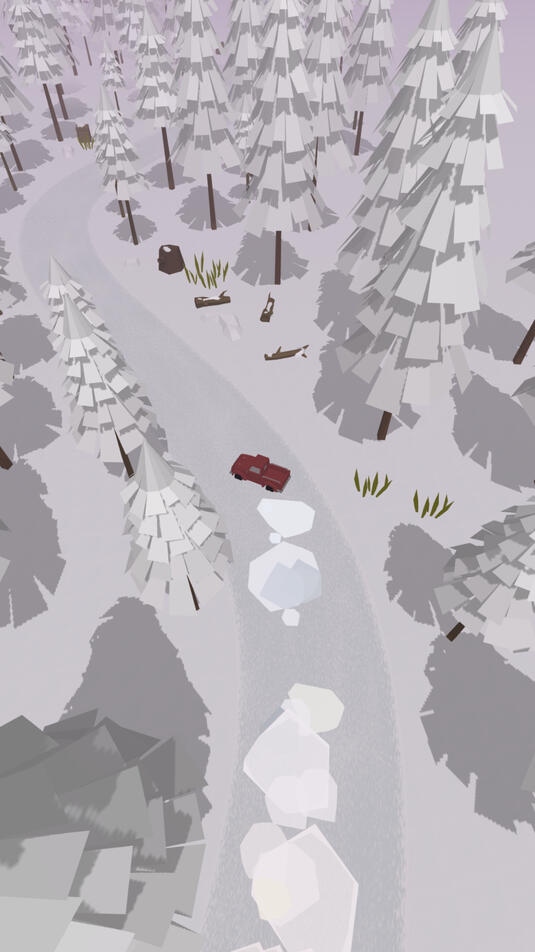 Set in a remote and picturesque village, a woman is on the lookout for her missing husband and son. The roads in these parts are quite treacherous, however, so she'll need to master her driving skills alongside solving various puzzles and investigating events.

Throughout the game then, players will have to test their drifting ability on a mixture of dusty and snowy country roads, meaning you can expect plenty of difficult twists and turns. It's not all bad though, there are several radio channels to choose from to soundtrack your adventure.

When you're not drifting about the country lanes you'll be investigating areas for hidden objects and clues that will help solve the disappearance of your family. There will also be puzzles to solve as you collect different hints.

The story mode itself takes place over six different chapters and promises a heart-warming tale. If you'd prefer to just drift to your heart's content, however, there is also an endless Zen mode where you'll be able to see how far you can travel before comparing your score to others on the leaderboard.

The Longest Drift is available to pre-order now over on the App Store ahead of its release on October 26th. It's a premium title that costs $1.99.

Enjoy a good narrative? Here are 5 of the best story-driven games that released in 2019