Sadhana is a beautiful-looking puzzle game that tells the story of a young soldier embarking on a journey of self-discovery. We were impressed with the visual design of the game, which is undoubtedly very distinctive, but looks aren't everything in games so we decided to hand Sadhana over to our App Army to see how they found it.

Graphically the game is rich with very soothing background music feels like you are meditating. The gameplay is very slow and controls are very sluggish. The game looks very boring as the game progress. I am sorry to say with no interactive tutorial and slow gameplay people will not play such game

While I understand that the developers may have been going for a kind of relaxing inspirational meaningful and thought-provoking game hopefully teaching people a little about their culture and folklore, what I got instead was a slow boring uninspired experience that I wanted to end. The pace of the game was just so slow and added to that the controls just felt frustrating I hated having to go through the text that was at times unreadable because of the background. Just a totally bad experience for me 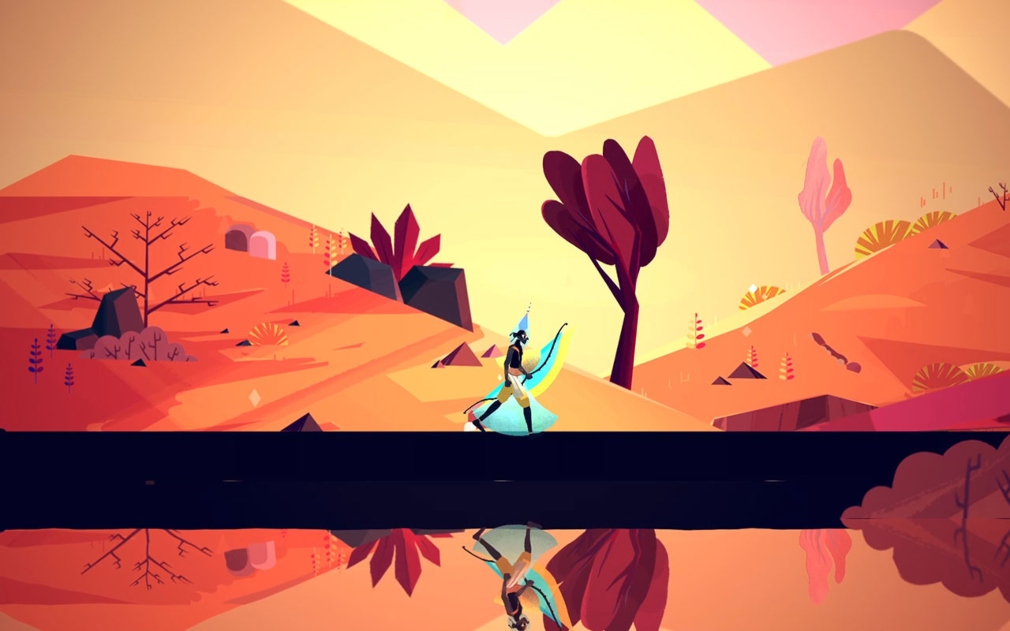 Visually, the game is absolutely stunning. It is one of the most beautiful looking games I have ever played.
This game has a phenomenal soundtrack which fits perfectly with the beautiful look of the game. However, the controls are mediocre and are not particularly precise or effective. I found the shooting mechanic particularly frustrating.

Unfortunately, there just is not enough gameplay to keep the experience engaging. I am a big fan of The Mooseman, but this was too much for even me. The pace is excruciatingly slow, and there really isn't enough direction to make you want to get anywhere anyway.

Playing in a very slow methodical manner Sadhana feels almost meditative at points. Sadly the rest of the gameplay was in danger of putting me to sleep. Walking slowly to the right, solving puzzles and reading slow-moving un-skippable text is not my idea of fun. This one's not for me. 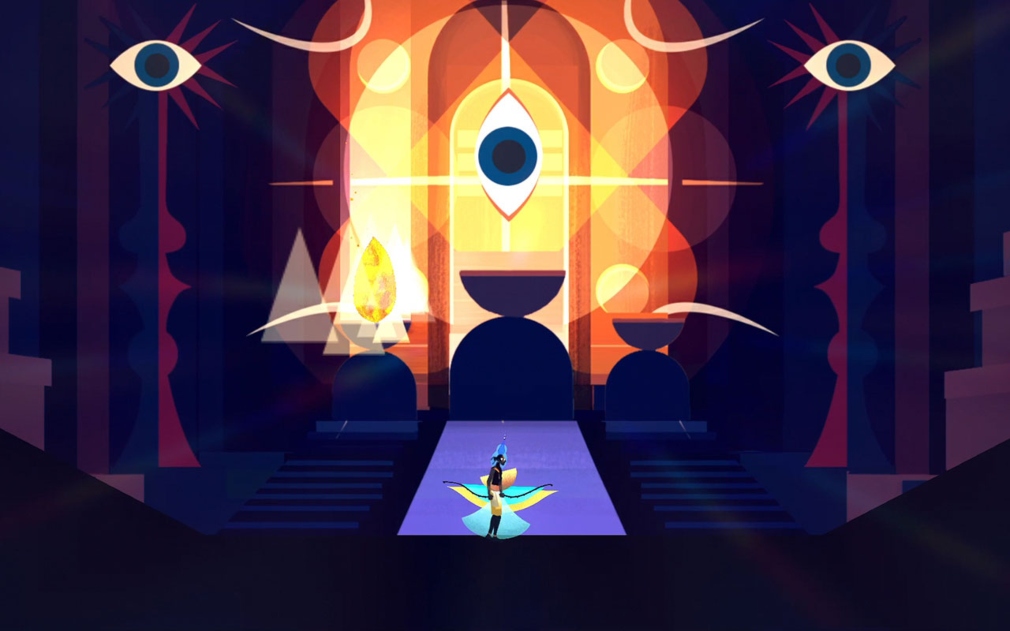 My understanding of this game was to show how a warrior can become a spiritual person. From a female point of view, I found it disappointing and quite frankly outdated. With people calling the ‘hero’ lord and master, including his wife, even as he left her, I lost the will to continue on his journey. As an avid gamer, this is not a game, even with the musical puzzles that create pretty shapes. I'm not exactly sure what it is except a life lesson on how to abandon your wife and listen to strange voices in your head. Perhaps it would have unfolded if I’d played further but quite honestly I wasn’t inclined to find out. Definitely not for me.

Well, I wouldn't really call it a puzzler. It is an interactive short story at best. It has a nice presentation, and then you relax, a lot because it is very slow and repetitive. You walk for ages, and then you kill some people and monsters with your bow and arrow, and then you solve a little puzzle in the end that is a bit infuriating in the beginning while you don't understand what you are supposed to do. Rinse and repeat, for about 40 minutes, and it's all over. Not really a game. Not for me.

The game looks nice. I like the graphics. But the music and meditation sounds annoyed me. The inability to skip past dialogue annoyed me. The random connect the dots puzzles to progress annoyed me. It all annoyed me too much to go very far. Sorry. I did like the look of it, but there are lots of good looking games (and this is more of an interactive storybook THAT COULD HAVE BEEN GOOD) out there that manages to not be annoying at the same time.

When my kids young we used to buy them books, from the outside the books looked quite thick, when you opened them they only had a few words or sentences on a page and a huge double-page picture for you to look at as you read the text to them. To read the actual text of the whole book would take you about five minutes, the pictures and looking at them slowed you down, to draw out the value of the book. This “game” is like this.

Basically, there is a story, a short story, more of a moral than a story, and it’s made a longer experience by firstly the slow, and I mean the really slow movement of the character you control through the story, the second way the experience, and I say experience as it is more of one than it is a game, is by the use of puzzles. The puzzles are initially presented to you as a series of symbols on the screen, you have no idea or clue what you are supposed to do with them. 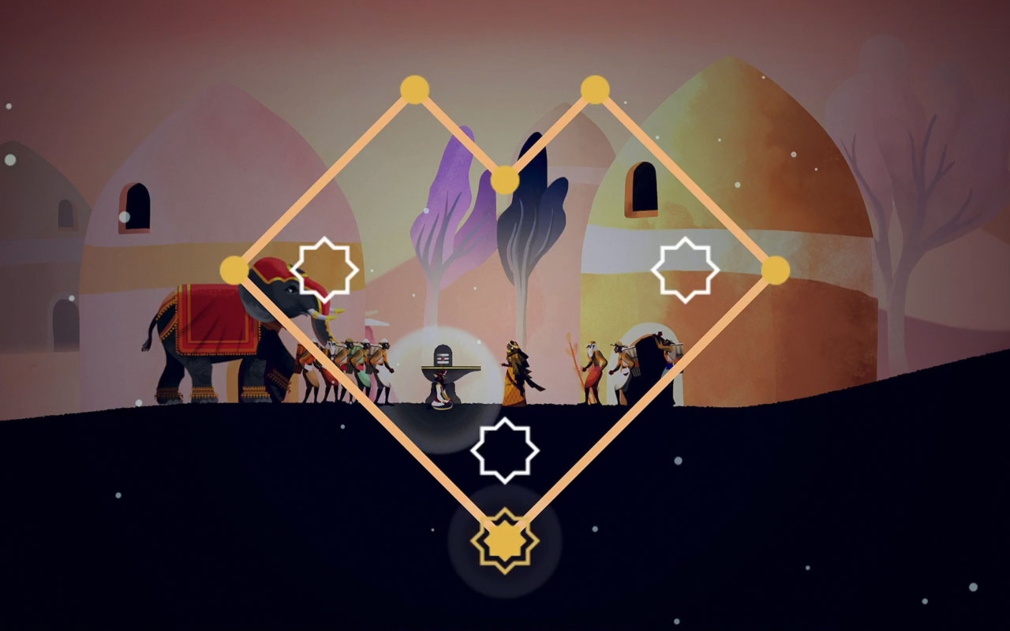 The idea is you draw a line through the symbols, starting at one type of symbol and ending on a similar one, without crossing the lines, and ultimately make a symbol relative to what is happening in the story. It’s a short experience, about 35min (I know as that’s how long it took me to complete it) once you grasp the puzzles and there is obviously no replay value.

The graphics are simplistic, the moral could have been written in a piece of text that takes a couple of minutes to read and the sound is minimal. If you are looking for a game, this isn’t it, if you are looking for an experience, again this isn’t it. If you wanted it as an experience for a child, the frustrating speed of the character, the frustrating lack of indication of what you need to do or even how to do it would frustrate a child, so again this isn’t it. It’s sad really as you can see the intention was there and good meaning to the story, but ultimately there was nothing else there to engage you, it’s more frustrating than enjoyable and that’s a shame.

About the only nice thing I can say about this game is that the story is interesting. It is very slow, no skip text button, and the puzzles are random connect the dots. I normally like to have detailed reviews and provide feedback, but I just don’t want to waste any more time than I already have on Sudhana. I just don’t see the point in continuing. I believe I am fairly far in the game but have no desire to finish.

Two minutes into the game I looked for a skip text button, three minutes in a run button, after four minutes I just wanted it all to end. One of the most infuriatingly slow-paced games I have ever endured, with no redeeming features to keep me from pushing forward. Playing this game is slow torture for only the most masochistic mobile gamers.

The Game has beautiful art and the player would want to spend some time to look at it. But, that's the only good thing in the game. After each puzzle, the avatar evolves its visual representation. But, this has no gameplay value. Like in the whole game I shot 4 monsters and nothing else.

The puzzles lack consistency, I was frustrated at multiple points figuring out what the game wants me to do. If closed the game, it has no feedback on saved checkpoints, so I had no clue where I would be starting again in the game.

To improve Sadhana, I would make the puzzles consistent, explain to the users about each element and add hints. I would include more combat in the game as the avatar is evolving. Finally, I would reduce the duration between two events in the game. Right now there's a lot of meaningless walking.

Sneaky Sasquatch: Three helpful items that can make life at the park better