It introduces Navigator Yume as a playable character

Muse Dash, Peroperogames and X.D. Network's colourful rhythm action game has proven incredibly popular since it first launched, racking up over 100,000 downloads on Google Play alone. This in part thanks to the consistent updates the team puts out to keep the game feeling fresh. In fact, the game's library recently tipped over 200 songs and the devs don't plan on slowing down anytime soon.

Today, they're releasing a new collaboration content update with fellow rhythm action game, Groove Coaster and will introduce a new music pack, new graphics and of course, there will be a new character as well. This will be Groove Coaster's Navigator Yume. 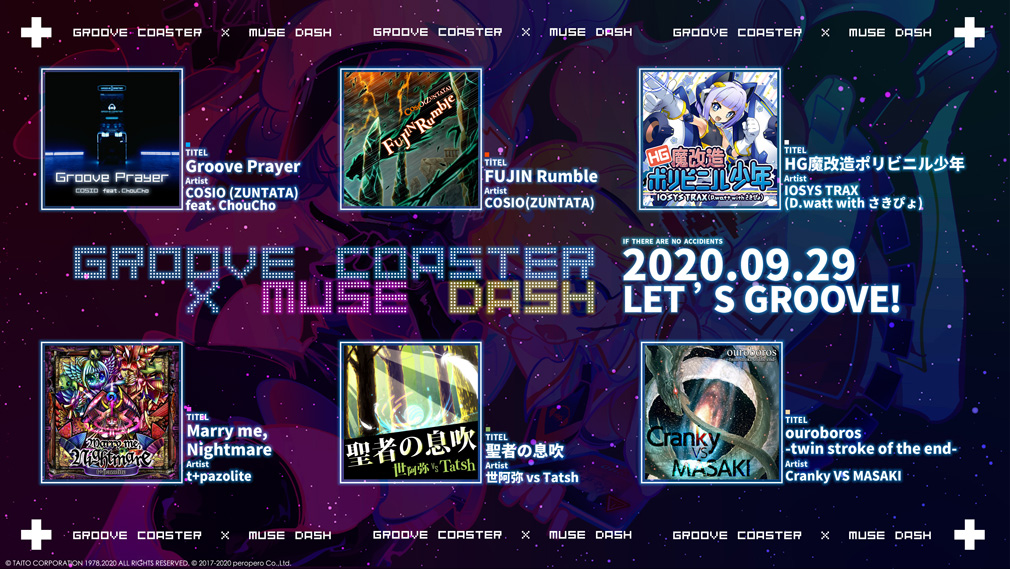 The Groove Coaster music pack will be appropriately named Let's GROOVE! and will contain six songs found in that game. This includes the famous FUJIN Rumble and Seizya no Ibuki from famous Japanese composer Tatsuya Shimuzu. It's bound to evoke some nostalgia from those who have fond memories of Groove Coaster.

Players will also be able to experience those songs in stages that are themed around Groove Coaster. They can also expect to have to tackle enemies and bosses they'll likely be familiar with too. Alongside all of this content and the arrival of Navigator Yume the developers say there is also more super-secret content to discover in this DLC.

To gain access to all of this new content, players will need to either purchase the new DLC pack, Let's GROOVE!, or own the DLC Pass, Just As Planned. If you're interested in all six of the songs that will be available in Let's GROOVE!, you can check out the list below:

If you're unfamiliar with Muse Dash, it's an incredibly fun and beautiful rhythm action game that sees players pulling off stunning parkour moves in time with the music. The soundtrack is excellent and boasts over 200 songs across a wide range of genres.

Muse Dash is available now over on the App Store, Google Play, Steam, TapTap and the Nintendo Switch eShop. During this collaborative event, the base game will be available for 50% off the base game and 25% off on the DLC between September 28th and October 11th. The Nintendo Switch version will also have 25% off discount in the same period, however due to the review process of the Switch eShop the update will come out later.