Hairy, creepy, and often the stuff of nightmares, spiders have always had a bad rap in general. These sneaky little buggers scuttle around all stealthy with their webbed death traps and wait to pounce on you to your demise. But while these eight-legged monstrosities have inspired countless horror and sci-fi creatures through the years, Arachnowopunk manages to make them just so darn adorable - and it’s all thanks to the perfect embodiment of the “owo” factor. 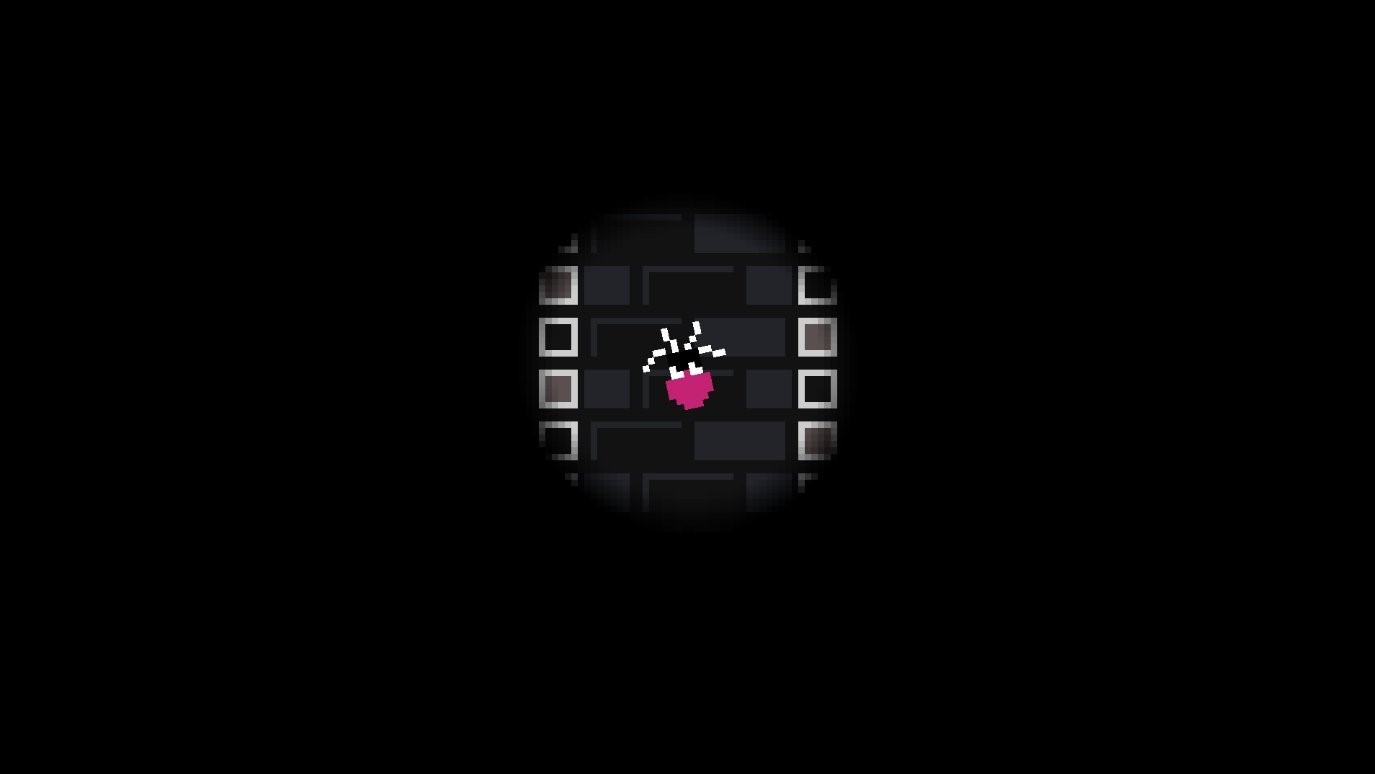 Arachnowopunk is a single-button auto-runner where you play as the cutest spider ever, minding your own business before falling into a convoluted trap of a house. There’s really nothing worse than just happily going about your day and getting hit in the face with an obstacle you never asked for in the first place, and our puny protagonist is exactly a victim of that very same fate.

It falls down through a dark shaft and lands in an unknown house, but instead of giving up and succumbing to hopelessness, it gets up, decides it’s “time for me to go”, and exclaims, “Your walls can’t hold me!” like a true hero. All that’s left is an ‘80s montage with “Eye of the Tiger” in the background and it’s the perfect inspirational shot.

This, to me, makes our teeny tiny arachnid the most relatable spider in all of history. It then starts crawling around the flat surfaces of the house, trying its best to find the way out, because giving up is not an option. And really, isn’t that what real life is all about?

Once your journey as this “owo” spider begins, though, you immediately realize that things aren’t as easy as they seem. You might think that navigating with just a single button control along an infinite track is a no-brainer, but that’s actually where the huge challenge of this game comes in. Because you can’t stop or turn around, you really have to study the landscape and figure out your next move to be a few steps ahead. You might crawl along willy-nilly and land smack-dab in a pit of spikes, or jump onto the platform right in front of you only to realize that it’s a trap and there’s no way out.

Of course, the game does have a few ingenious ways to help make that single button not-so-single as you progress through the sections of the house. You can hold your finger down to stop and survey your surroundings before taking the leap, slide your finger upwards to cancel a possibly fatal jump, or calculate the right number of jumps to change directions. This last part is the thing that has me completely lost, because I just can’t for the life of me figure out the right combinations to switch directions - and in a game that hinges on your ability to do just that, lacking the skill to compute for directional changes can make the game so flipping hard.

It gets easier once you get a hang of things and get used to the timing of the obstacles and jumps, but just when you’re basking in the satisfaction of clearing a section of the house or getting past a particularly annoying platform, you realize you have to go back and forth through them in order to grab gift boxes (they not only give you goodies to help you traverse the dangerous levels but they also offer handy maps and funky background music) and save points.

Still, each frustrating defeat makes me want to get right back into it precisely because of the challenge the game poses. The charming visuals of the house coupled with the stylized graphics all add to the likeability of the game, and every time you look at that little spider with its innocent eyes bulging up at you, you can’t help but want to cheer it on and swear to get it out of there to the best of your ability. I mean, why is that little thing so irresistible?

Overall, Arachnowopunk is commendable because of the simplicity of its controls, but for me, the game’s charm is largely thanks to the compelling protagonist itself. The fact that the playstyle is completely without combat just goes to show you how non-confrontational this little guy is, and that it’s not aggressively trying to harm anything in its way. It just wants to find the way out without trying to disturb anyone, and is that really such a crime?

The whole game has made me rethink spiders in general, because what if they want us to leave them alone as much as we want them to leave? What if they’re not so bad, after all? What if it’s the stupid white balls and the annoying spikes and the really long jumps that are the real culprits here? And while we’re at it, what exactly is the meaning of life?

At less than £1, this game will make you question yourself and your life’s purpose all under the guise of an auto-runner, so it’s definitely worth your hard-earned money.

Arachnowopunk shines in the relatability and cuteness of its compelling protagonist, and despite its frustrating obstacles, it will make you want to launch into an escape attempt again and again. Try it out for a minute or two and you’ll soon get sucked into a lifelong mission to get this creepy-crawlie out of there for its and your own sake, so make sure you’ve got time - and your full, undivided attention - to spare.
By Catherine Ng Dellosa
| Sep 28, 2020 |
Android
Find out more about Arachnowopunk

How to nickname your units in Alchemy Stars, why can't you find it on Bluestacks and other questions