Alongside exclusive weapons and gear to test out

MY.GAMES and Whalekit have announced that an update is now available in Warface: Global Operations that will introduce a campaign mode to the first-person shooter. The game initially launched earlier this year for both iOS and Android.

This campaign takes place in Central Asia – and more specifically Afghanistan – where aircraft are mysteriously disappearing without a trace and civilians are abandoning their villages. Players will take charge of the elite Warface squad to battle against this unidentified threat.

They won't have to face it alone either, as the campaign can be beaten with other players through multiplayer online co-op. Together they'll face waves of soldiers, snipers and enhanced combatants. There will also be powerful robotic SED bosses to take down along the way. Each stage will apparently last around 10 minutes.

The campaign will also have exclusive gear for players to enjoy too. There are six new weapons and four pieces of equipment to use across four tiers. Beating the campaign on the different difficulty settings with net them new gear that can then be equipped and use in PvP battles.

Since launch Warface: Global Operations has continued to add new game variants such as Plant the Bomb and Free-for-All PvP modes. There are ranked battles to test your skills in a more competitive setting and daily Brawls that provide fresh challenges to tackle. 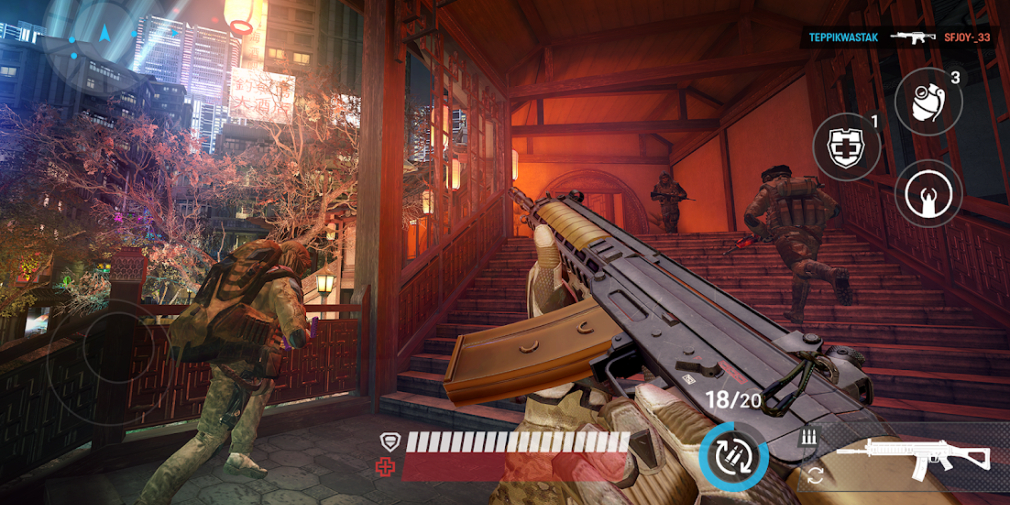 It also has a large arsenal of weapons with over 101 currently available alongside 54 pieces of gear to equip to your character. They also introduced crouching and sliding and the option to completely switch off auto-aim for players who prefer their FPS' that way.

Warface: Global Operations is available now over on the App Store and Google Play. It's a free-to-play game with in-app purchases.

Looking for more multiplayer games for your phone? Here are 25 of the best available for iPhone and iPad
SEE COMMENTS