A matching pair up for grabs

Jyamma Games Studio, the developer behind new mobile puzzler Matchy Catch, has teamed up with renowned YouTuber and artist ZHC to give you the chance to win some unique footwear.

To mark the game’s recent launch on iOS and Android, the Milanese studio is giving away a set of Nike Air Force 1 trainers that ZHC has specially customised. The artist is well known for transforming all kinds of everyday objects - from smartphones to entire buses - into strikingly colourful pieces of art, and he’s worked his magic on these sneakers to create a one-of-a-kind pair.

Like ZHC’s artwork, Matchy Catch is a colourful experience in which customisation plays a major role. The game challenges players to memorise and reproduce sequences of objects using their touchscreen. The objects that make up these sequences are called symbols, and players can change their appearance and background based on their personal preferences and desire to get creative.

???? Check out this awesome fanart starring the @matchycatch x @zhcomicart collab by @lorenzadisepio ???? Are you enjoying the game? Keep playing and don’t forget to join the giveaway! Link in bio #matchycatch #fanart #zhc #zhcomicart #giveaway #jyammagames

It all plays out across multiple levels, with combos, bonuses and power-ups all up for grabs along the way. Special items include the Rainbow Hammer and Lightning, which simplify the configuration of the sequences, and Spawn Freeze, which buys players extra time on the current level. 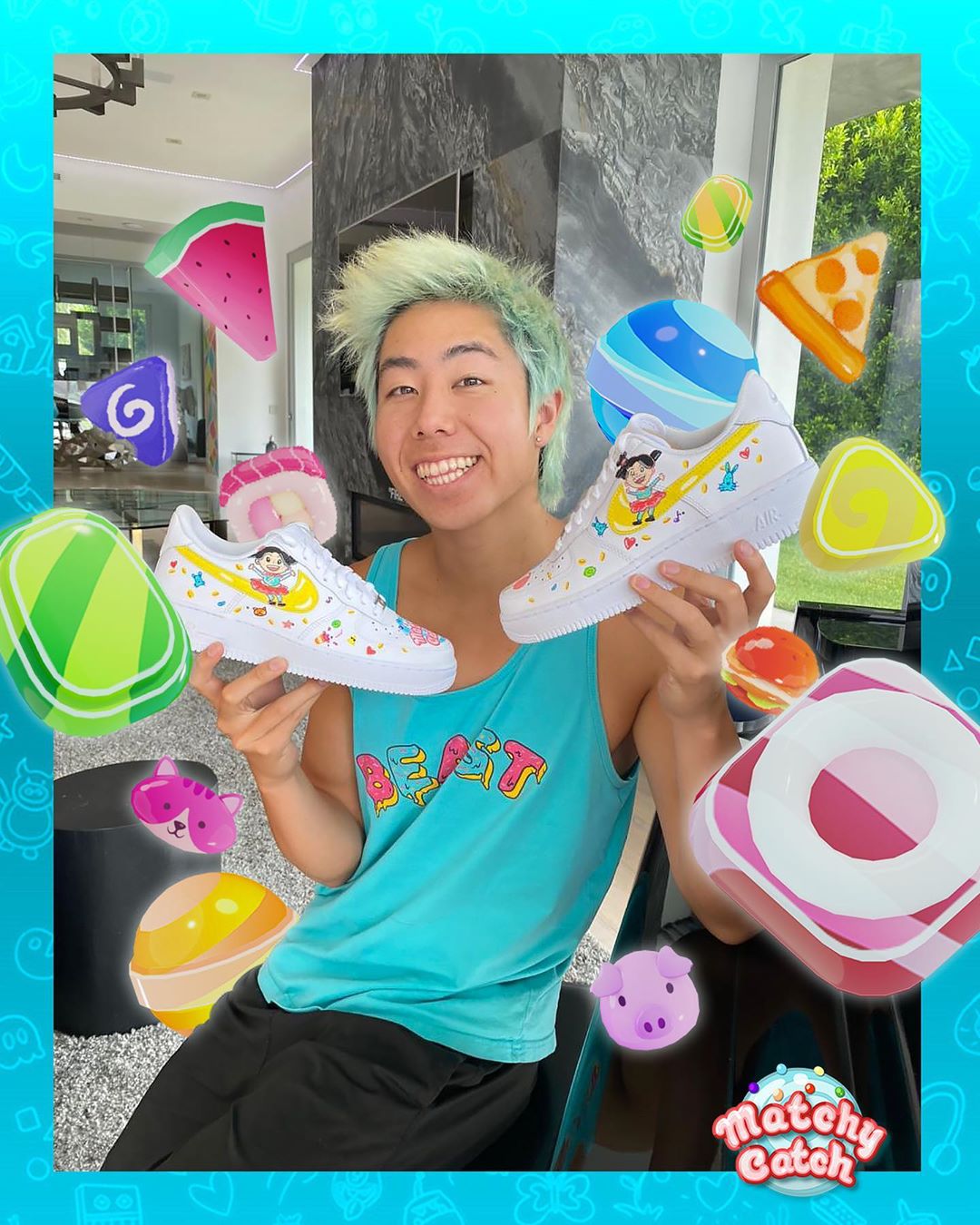 Matchy Catch is only the second mobile game from Jyamma Games Studio, but the developer is already making a name for itself thanks to the success of its debut release, the Pong-inspired puzzle-adventure Hi-Ball Rush, as well as its efforts to champion the #PlayApartTogether initiative during the height of the coronavirus crisis.

Matchy Catch is available to download from Google Play and the App Store now, and if you want to be in with a chance of winning those ZHC-customised Nike Air Force 1 trainers, you can enter the giveaway via the following link: http://bit.ly/zhc-x-matchy-catch