Running from today until 1st October

SINoALICE, the RPG from Pokelabo Inc and Square Enix, has had another update that introduces a new collaboration to the game. This time around its with the 1970s arcade classic Space Invaders and will see the addition of new classes and outfit designs. The event is set to run from today until 1st October.

This will see new classes added for two of the existing characters. They will be called Princess Kaguya/Invader and Three Little Pigs/Invader. They'll also receive new Space Invader-themed, swimsuits to wear because, you know, fan service. Each of these new classes will also have character stories. 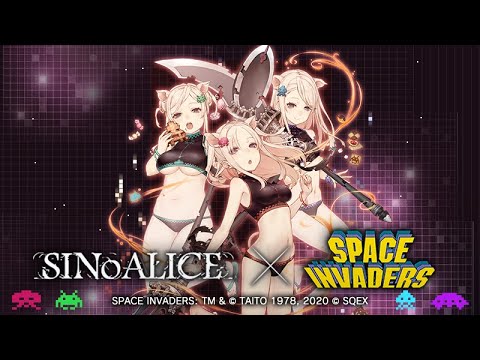 The Invaders' Feast Collaboration Grimoire will be a STEP variant of the gacha machine. This means players take a step forward with each summon and the fifth will guarantee an SR Summon. There will be a host of weapons on offer too which include Invader's Staff of Masochism, Invader's Spear of Gluttony, and Invader's Sword.

These weapons will all have exclusives effects when used in the event Invaders from Space, a special scenario that has been written for this collaboration. Throughout this story, some of the battles will be replaced with a Space Invaders style levels. 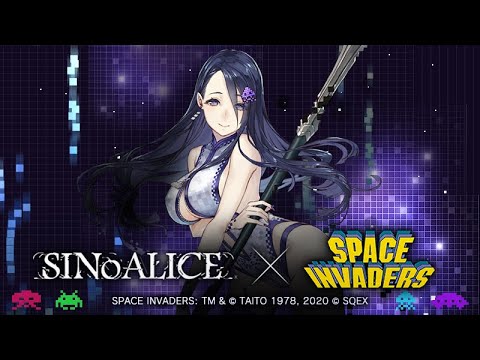 The invaders will appear as nightmares throughout the event and will drop invader medals whenever you successfully take them down. These can then be traded for various special items including event armour and weapons at the medal exchange.

SINoALICE is available now over on the App Store and Google Play. It's a free-to-play game with in-app purchases.